Stay Connected:
The hunt for this non-profit’s next leader is accelerated by the early departure of its former CEO. In the meantime, United Way Worldwide named Neeraj Mehta, chair of the U.S.A. board, as interim president and CEO. “I am confident that we will come through this stronger and ready to continue providing the support and care our communities need,” said Mr. Mehta. Let’s go inside the search. 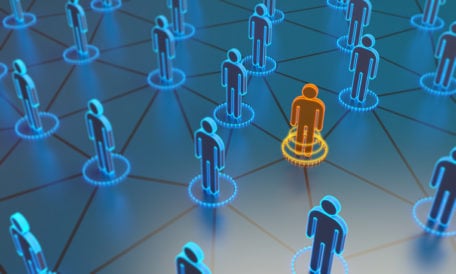 February 26, 2021 – Diversified Search Group | Koya Partners has been retained by United Way Worldwide to lead its search for a new president and CEO following the announcement earlier this month that Brian Gallagher would step down after 20 years. Alison Ranney, who heads the search firm’s Chicago office, is leading the assignment along with CEO Dale Jones. The United Way Worldwide search team includes managing director Maureen Alphonse-Charles, who will serve as an equity advisor, and vice president Chartise Clark of Koya Partners. The assignment is expected to be completed later this year.

Koya Partners has extensive experience with the United Way network, having recruited numerous United Way CEOs in major markets. Following those placements, they are often engaged by the CEO to build out senior teams. This deep knowledge of the United Way system is a major advantage for the recruiting team and why the firm won the assignment. Diversified Search Group | Koya Partners will draw on the expertise of consultants who have led CEO searches for the Red Cross, Easterseals National, March of Dimes, Girl Scouts, and other major clients with federated and affiliate models. Mr. Gallagher abruptly announced his resignation last Tuesday amid claims that the charity mishandled internal allegations of sexual harassment and discrimination. “We were actively working toward a transition for me sometime later in 2021 at the conclusion of a CEO search process,” Mr. Gallagher wrote to his colleagues. “But, I and the board think it’s best for United Way if I step down as CEO sooner. It was important to me that I stay through this period so my colleagues and I could be cleared of any wrongdoing. That’s done; and now it feels like the right time.”

Lisa Bowman, who was chief marketing officer at United Way Worldwide until she said she was fired by Mr. Gallagher as retaliation for reporting sexual harassment by another executive, said the investigation was “not fair, balanced or thorough” because the investigators did not talk with any of the women involved. “I was pleased to hear that United Way has decided to do the right thing and make a change in leadership,” Ms. Bowman told the Associated Press. “This was a necessary step – but only the first step – toward creating a safe, equitable workplace where women are treated with respect and allowed to reach their full potential.”

While Diversified Search Group | Koya Partners leads the search, the board of trustees has unanimously selected Neeraj Mehta, chair of the U.S.A. board, as interim president and CEO of the organization. “As we turn our attention to finding our next leader, I am confident that we will come through this stronger and ready to continue providing the support and care our communities need,” said Mr. Mehta.

With global reach and local impact, United Way’s helps some 48 million people annually. The organization is the world’s largest privately funded non-profit, working in 95 percent of U.S. communities and 40 countries and territories. United Way has 2.5 million volunteers, 7.7 million donors and 45,000 corporate partners. It is headquartered in Alexandrea, VA.

Together, Ms. Ranney and Mr. Jones co-lead the CEO practice of the Diversified Search Group and partner closely together on major chief executive searches. Their recent CEO search for Big Brothers Big Sisters National resulted in the recruitment of Artis Stevens, the first Black CEO in the organization’s 115-plus year history. “With the selection of Artis Stevens as the next CEO of Big Brothers Big Sisters of America, I see a very bright future for our mission,” said Pam Iorio, who Mr. Stevens succeeds. “Artis brings a wealth of non-profit experience, a passion for helping young people, and an open and authentic style that fosters respect and trust.”

Diversified Search Group is a family of firms serving specialized sectors. The firm was founded almost five decades ago for the express purpose of placing diverse candidates in client organizations. Koya Partners is a part of the Diversified Search Group and is dedicated to mission-driven leadership. Koya works broadly at the senior-most levels of the mission-driven field in philanthropy, social services, arts and culture, and social justice, among others. Last year, Koya was acquired by Diversified Search. With the combination of revenues and resources, Diversified Search and Koya now represent one of the largest non-profit and higher education practices in the executive search industry.

Mr. Jones’ responsibilities include oversight and management of the firm and its global CEO advisory services. Before joining in Diversified 2013, he served as vice chairman of Heidrick & Struggles. His philosophy on great leadership is simple: “It is important that leaders have the ability to inspire and motivate people and to lead by example. I think the best leaders have been through some testing in their journey, so that they can really empathize, not only with the people that they lead, but with their customers.”

Related: The Decade Ahead for Non-Profits: Great Pressure, Transformation and Big Impact on Talent

Ms. Ranney partners with a broad range of clients, including foundations, cultural institutions, membership organizations, other non-profits, colleges and universities. She has successfully led searches at the CEO, president, executive director, dean, COO, CFO and VP levels as well as board members. Her clients include the John D. & Catherine T. MacArthur Foundation, the Obama Foundation, the Art Institute of Chicago, the United Way and the American Red Cross. She also has deep expertise in higher education having led searches for the University of Chicago, the University of Michigan, Harvard University, Stanford University, Northwestern University and the University of Pennsylvania, among others.

With over 20 years of experience, Ms. Alphonse-Charles has led complex executive search, consulting, finance, development and operations efforts for a variety of institutions. She has dedicated her work to diversity, equity and inclusion, and helps organizations find cohesion around a common set of goals by serving as a mentor, coach and facilitator. Clients include The KIPP Foundation, Big Brothers Big Sisters, and New World Symphony. She has also partnered with a range of corporate clients such as J.P. Morgan, Northern Trust, and Deloitte, as well as non-profit organizations like the YWCA, the Boys & Girls Clubs, and Mass Inc.

Ms. Clark partners with a variety of mission-driven clients nationally and globally to recruit exceptional talent. She also specializes in helping clients navigate issues related to inclusion, diversity, equity and access. She has played a leading role in identifying and recruiting leaders to CEO, president, executive director and other senior leadership positions for a broad range of clients. She has experience in human and social services, youth development, advocacy and organizations with a global presence. Representative clients include the Southern Poverty Law Center, Feeding America, the Hazelden Betty Ford Foundation, the Chicago Council on Global Affairs, RefuSHE, StriveTogether, and the Nelson-Atkins Museum of Art.

Related: Searching for Non-Profit Jobs as a Person of Color