Menu
View our Events
Stay Connected:
Experts see a major new trend in the workplace: employees are in the driver’s seat and are putting pressure on employers to give them flexibility, competitive pay and faster hiring decisions. Companies are listening by getting more creative in how they attract – and retain – their talent. Will the workplace ever be the same again? Highly unlikely, say recruiters. Let’s take a closer look. 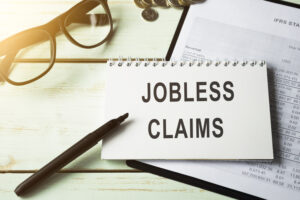 This is the lowest level for this average since March 14, 2020, when it was 225,500. The previous week’s average was revised up by 1,250 from 355,000 to 356,250. The spread of the delta variant has put renewed pressure on the economy and the job market. On Wednesday, the Federal Reserve reported that U.S. economic activity “downshifted” in July and August, in part because of a pullback in dining out, travel and tourism related to concerns about the delta variant.

In addition, last month’s employment only rose by 235,000 as the U.S. unemployment rate fell to 5.2 percent, according to the most recent U.S. Bureau of Labor Statistics report. So far this year, monthly job growth has averaged 586,000. In August, notable job gains occurred in professional and business services, transportation and warehousing, private education, manufacturing, and other services. Employment in retail trade declined over the month. The number of unemployed persons edged down to 8.4 million, following a large decrease in July. Both measures are down considerably from their highs at the end of the February-April 2020 recession. However, they remained above their levels prior to the coronavirus (COVID-19) pandemic (3.5 percent and 5.7 million.

ManpowerGroup interviewed over 45,000 employers in 43 countries and territories on hiring prospects in the third quarter of 2021. All participants were asked, “How do you anticipate total employment at your location to change in the three months to the end of September 2021 as compared to the current quarter?” Interviewing was carried out during the exceptional circumstances of the COVID-19 outbreak. The survey findings for the third quarter of 2021 reflected the impact of the global health emergency, and the ongoing economic restrictions in many countries.

Employers anticipated payroll gains in 42 of the 43 countries and territories surveyed by ManpowerGroup for the July to September period, while flat hiring activity was expected in one.