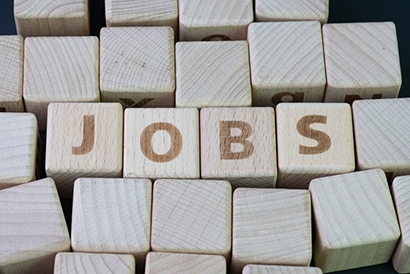 July 9, 2018 –  Employers added 213,000 jobs last month as the U.S. unemployment rate rose slightly to four percent from an 18-year low of 3.8 percent, according to the most recent U.S. Bureau of Labor Statistics report. The June gain is the 92nd consecutive month of job growth. The number of unemployed people rose to 6.6 million. The results surpassed the forecasts of analysts, who expected 188,000 jobs to be created during the month.

“The employment report this month demonstrates yet again the robust strength of the labor market,” said Steve Rick, chief economist at CUNA Mutual Group. “After a red-hot May, June kept up steady momentum in jobs and certainly hit back at any worries among economists who thought hiring was beginning to plateau after an inconsistent past few months.”

The overall recent surge of job gains may reflect, in part, confidence among some businesses that the Trump administration’s tax cuts will accelerate growth – even though a growing roster of economic experts disagree with that assumption. Consumers are also benefiting from higher after-tax income, which grew last month at the fastest pace in a year, aided by the tax cuts. Some envision the unemployment rate dropping as low as 3.5 percent by the end of the year.

“I hear my clients saying the tax bill gave them more confidence in the pro-business economy,” said Tom Gimbel, CEO of search firm LaSalle Network. “There’s confidence coming from D.C. that they’re not going to get in the way.”

8 Lean Recruiting Tips and Tricks Heading into Summer
With an increasingly tapped talent pool in an economy with nearly full employment, the market for top candidates is only getting tighter. A new report by Jobvite offers up some tips and tricks for recruiters to stay ahead of it all. Executive search consultants weigh in as well. Enjoy!

“I only entered the marketplace as a professional recruiter about a year and a half ago, after a prior 37-year career where I was the one doing the hiring and using professional recruiters,” said Blaine Nelson, president and CEO of Dallas-based executive search firm BLNelson Group. “I believe I have entered the recruiting profession at the best time ever.  Even though the unemployment rate has just ticked up to four percent from 3.8 percent, the unemployment rate for those with a doctorate, a master’s or a bachelor’s level college degree remains at 1.5 percent to 2.6 percent,” he said.

“Employers are telling me that even if the unemployment rate creeps up higher, and even if companies face a period of slowing growth, they will most likely continue to recruit aggressively if only to upgrade existing talent,” Mr. Nelson said. “The job market appears to remain very robust for educated and skilled talent long into the future.”

Shawn Baker, president of Rochester, NY-headquartered executive recruiting firm Cochran, Cochran & Yale, said the strong economy can pose challenges. “The state of the economy is currently quite strong, compared to what we’ve seen in recent years,” he said. “As a result, organizations have the ability to compensate employees generously – which has led to a talent gap in the candidate market,”

Key roles are remaining unfilled because it has become increasingly difficult to attract external candidates to apply for openings. “Compensation has become a major issue for many employers, given the current economic climate and competitive market,” said Mr. Baker. “Accordingly, we’re advising our clients to focus their efforts on the training and development of their staff, preparing for both immediate pipelining and long-term succession planning needs.”

U.S. employers are expecting hiring to pick up in the third quarter, with 24 percent of employers planning to add staff, according to the latest “Employment Outlook Survey,” recently released by ManpowerGroup. Employers in all U.S. regions and industry sectors are looking for headcount to grow.

elp Wanted! Companies Stepping Up Summer Hiring Plans
The summer job market is upon us and there’s good news: Companies are stepping up their seasonal hiring. Forty-one percent of employers plan to hire workers for the summer while a vast majority (88 percent) expect to transition some summer hires into permanent roles.

The upbeat forecast indicates that the uncertain political climate continues to have little effect on employer confidence. Of the more than 11,500 U.S. employers surveyed, 71 percent said they are expecting to maintain their headcounts, with just three percent forecasting workforce reductions.

“We continue to see double digit hiring outlooks across the country, including all four regions of the country, all 13 sectors of the economy and all of the 100 largest MSAs,” said Becky Frankiewicz, president of ManpowerGroup North America. “As the U.S. labor market edges closer to full capacity, we’re seeing rising demand for skilled workers especially in construction and retail distribution. With strong hiring intentions across all industries we’re seeing wider skills gaps so employers can no longer rely on a spot market for talent.”

“The best employers are beginning to invest in accelerated learning and development programs to grow their talent pipeline and working hard to bring in those on the edge of the labor market,” she said. “This concentrated focus on reskilling and upskilling is more critical than ever to fill the vacancies evident in today’s employment market.”