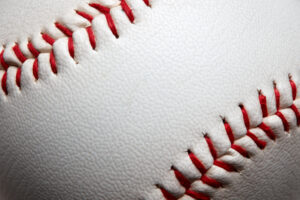 October 5, 2022 – TurnkeyZRG recently assisted Yale University in the recruitment of Brian Hamm as the school’s new head baseball coach. John Stuper, who has coached the team since 1992, recently announced his retirement. Mr. Hamm just led Eastern Connecticut State University (ECSU) to an NCAA Division III National Championship, capping a season in which the Warriors went 49-3. He was named National Coach of the Year by D3baseball.com.

“I am thrilled that Brian Hamm will be leading our storied baseball program at Yale,” said Victoria Chun, Yale University’s Thomas A. Beckett director of athletics. “Coming off winning a national title, it is clear that he is a proven winner. What impressed us the most is Brian’s energy, work ethic, and passion in giving his student-athletes the very best-in-class experience.”

Mr. Hamm spent the past four seasons at Eastern Connecticut, leading the Warriors to the NCAA Tournament in 2021 and 2022. Under his leadership, ECSU went 108-30 (.783) overall and 38-10 (.792) in Little East Conference (LEC) play. The Warriors were LEC Regular Season Champions in each of the past two seasons, going 15-1 each year and establishing the LEC record for regular season conference wins. Before coming to Eastern, Mr. Hamm coached at Amherst for 13 years. He spent the first four assisting ABCA Hall of Fame coach Bill Thurston. In nine years as head coach, Mr. Hamm oversaw the winningest period in Amherst baseball’s 162-year history, posting a 221-113 (.662) record.

“I would like to thank director Chun and the entire search committee for their time and energy they put into this search,” said Mr. Hamm. “It is an honor that director Chun entrusts me to follow legendary coach John Stuper to lead Yale’s outstanding student-athletes. At Yale, athletics play a significant role in the overall educational mission while contributing to the vibrant university community. This, combined with the spirit and passion of its student-athletes, is the backbone of a winning culture that I am thrilled to join.”

“Brian is a special person and baseball coach — Yale made the perfect choice in hiring him,” said Jared Banner, Chicago Cubs vice president, player development. “His preparation, work ethic, and competitive spirit are second to none. He upholds the true meaning of college baseball by challenging student-athletes to be the best version of themselves on the field and in the classroom, and is an incredible connector.”

“I’ve had the privilege of getting to know Brian over the past decade,” said Ben Cherington, Pittsburgh Pirates general manager. “In every interaction I’ve been impressed by his attention to detail, high standards, elite communication skills and care for student-athletes. In baseball we strive to excel at every decision, conversation, practice and skill execution so that it adds up to great outcomes. Brian has consistently built cultures that epitomize this and the results speak for themselves. Yale has made an outstanding choice.”

The Yale Bulldogs baseball team  is a member of the Ivy League, which is part of the National Collegiate Athletic Association’s Division I. Yale’s first baseball team was fielded in 1864.

Collectively, the members of TurnkeyZRG have placed coaches and athletics directors at many PAC-12 universities, including Arizona, Cal, UCLA, USC, Utah, Washington, and Washington State. Late last year, TurnkeyZRG helped the ACC hire its next commissioner, James J. Phillips, the Combe Family vice president for athletics and recreation at Northwestern University. TurnkeyZRG spoke with stakeholders across the ACC in developing the job description, and assembled a diverse array of candidates across sports, education, business, and government.

The ACC conducted a comprehensive, inclusive nationwide search process facilitated by TurnkeyZRG. The firm spoke with stakeholders across the ACC in developing the job description, and assembled a diverse array of candidates across sports, education, business and government.

“Jim is one of the most talented athletic administrators in the country and uniquely qualified to successfully and seamlessly take over the helm of the ACC,” says ACC Board Chair Kent Syverud (Syracuse University). “Over the course of nearly 13 years, Jim has elevated and cemented Northwestern’s position as an outstanding Power 5 athletics program. Northwestern’s ascension in the world of intercollegiate athletics is a testament to Jim’s vision, leadership and foundational dedication to the success of student athletes. The ACC is fortunate to have someone of Jim’s caliber and integrity lead the conference at this pivotal moment in intercollegiate athletics.”

Len Perna is the founder, chairman, and CEO of Turnkey. He has 30-plus years’ experience in the sports and entertainment industry, with senior-level management experience in sales, event marketing and management, sponsorships, venue feasibility and development, facility operations, licensing, and legal affairs. Since founding Turnkey, Mr. Perna has managed over 1,400 executive searches.