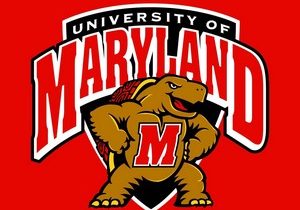 May 1, 2018 – Turnkey Sports and Entertainment has been enlisted by the University of Maryland to lead its search for a new athletic director. Founder and CEO Len Perna, as well as managing director Gene DeFilippo, formerly Villanova’s athletic director, are leading the assignment.

The previous AD, Kevin Anderson, took a six-month sabbatical and then, as many expected, resigned in April. Damon Evans, the school’s associate athletic director, has been leading the athletic department on an interim basis. He is expected by many to be a candidate to permanently replace Anderson.

Turnkey has “extensive relationships with athletics administrators from across the country,” said Wallace D. Loh, president of University of Maryland. “They will ensure a confidential and secure application process, as well as arrange all candidate interviews.” The firm’s consultants will meet with members of various internal and external stakeholder groups, he said, including university-shared governance bodies, athletics coaches and staff, student-athletes, academic and administrative leaders, and friends and supporters of Maryland athletics.

“Their goal is to gather input on the desired candidate profile for the next Maryland athletic director ,” said Dr. Loh. “ This information will help them develop the job description and identify and recruit the best-fit candidates for the position. All inquiries and communications regarding UMD’s search will be managed by Turnkey. I anticipate, as do the consultants, that the Maryland AD position will attract strong candidates from throughout the nation.”

The University of Maryland has 20 men’s and women’s athletic teams. Maryland had an operating budget of $94.8 million in the 2017 fiscal year and generated over $80 million in revenue, plus an additional $14.5 million from student fees and direct institutional subsidies, according to the Washington Post. It received just more than $37 million in revenue from the Big Ten Conference over that year.

Mr. Perna manages all aspects of both Turnkey Intelligence and Turnkey Search. A top executive in the sports industry since 1985, he began his sports career as a business attorney for Cap Cities ABC/ESPN and also served as a top executive for the Detroit Red Wings/Tigers and the Dallas Stars/Texas Rangers.

Mr. DeFilippo has served as athletics director at Boston College, Villanova and the University of South Carolina-Upstate. He has 39 years of experience in intercollegiate athletic administration and higher education.