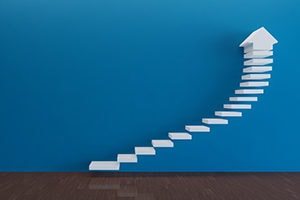 January 23, 2019 – U.K.-headquartered executive search firm TritonExec has expanded with the addition of Archer McFall as a senior director located in its New York City office. The hire comes in conjunction with the firm’s strategy to pursue new growth in private capital and enter new markets.

“Archer is an important addition to TritonExec’s expansion globally,” said Abe Doctor, partner and head of U.S. operations for TritonExec. “He brings the entrepreneurial DNA and growth mindset that our company embodies, and will be instrumental in our advancement into new geographies and industry verticals. We are pleased to bring in Archer to the TritonExec family, and believe he will be a leader in the New York City office.”

“TritonExec’s transparent and data-driven approach to search is unparalleled,” said Mr. McFall. “The opportunity to join an organization that has balance of leadership, strong collaboration and high growth trajectory is a rarity in today’s executive search business. I am excited to be part of this great team.”

Established in 2011, TritonExec has assisted in the recruitment of candidates worldwide, with most placements (60 percent) being made in the U.K. and the U.S., followed by the rest of Europe and the Nordics (35 percent) and Asia (five percent). The firm’s clients include Capgemini, Accenture, Deloitte, Icahn Enterprises, Gryphon Investors and its first customer, Genpact. At the beginning of the second quarter, OakNorth Bank completed a debt finance deal with TritonExec, which is to be invested in marketing, technology and infrastructure.

Leadership Crisis Unfolding at Private Equity Firms
According to a coming research report from Hunt Scanlon Media, the private equity sector can expect to see an expanding bidding war for top talent. Driving the trend: persistent global talent shortages across the C-suite.

Nearly every industry and function is affected, including finance, healthcare and biotech, digital and technology, among others.

“Leadership is the new bottom line for private equity operating executives seeking top talent for their portfolio businesses,” said Scott A. Scanlon, the firm’s founding chairman and CEO. “The PE sector is in the crosshairs of a widening war for leadership.”

“The $12 million turnover business, which is focused on digital and professional services and private equity, is also expanding its global headcount from the current team of 25 to 40 over the next year,” the firm said. In early 2018, TritonExec reported that it had $20 million in new contracts lined up over the next 24 months.

“Companies acquiring others through private equity deals are looking to strengthen their new investments with seasoned operators in their markets, so we expect this to be one of our busiest growth areas for a number of years to come,” said Mr. Doctor. “A decade ago, the trend was to buy and sell in a relatively short space of time, whereas we’re now seeing a drive to embrace digital, especially for more traditional industries, as a means of adding value for their eventual resale.”

He described this as a boon to the firm’s digital officers practice which it expects to grow to serve the ever-expanding pool of global companies embracing digital proficiency. “Digital acumen across these areas of investment for non-digital industries is increasingly important for CEOs and executive chairmen of private equity portfolio businesses,” said Mr. Doctor.

TritonExec has managed to carve itself a niche in this competitive sector. The business embraces technology to predict and uncover subtle trends in compensation, diversity and talent shortages, as well as help to determine which candidates are most likely to succeed in certain organizations. The firm holds a track record retention rate of 96 percent within a 24-month period, from placements made with its multinational clients, according to its own statistics.