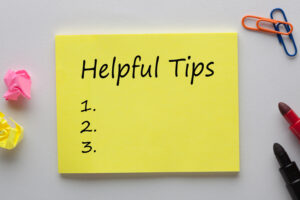 October 21, 2022 – Has decision making just become harder? With the business world spinning faster than ever before—and with no pre-established playbooks to fall back on—making high-stakes judgments in exhausting situations is now a daily task for every CEO, according to executive recruiters.

As Chicago-based executive search firm DHR Global places CEOs and works alongside of their boards through the onboarding process, the firm says it has found ways over the years to help minimize the risk of CEO failure. For first-time CEOs, the primary reason for failure is the inability to build good relations with board members, according to a report from DHR’s Mike Magsig and Heather Smith. 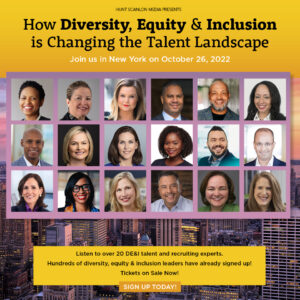 “For experienced CEOs in a new position, a new board likely brings a different culture and developing new relations can be more difficult than expected,” the report said. “Yet, it is critical to the success of the CEO to build the trust of the board overall, which includes developing relationships with individual board members.”

DHR Partners said that clients are carefully evaluating their current CEO’s success, holding them accountable to higher standards. New CEOs have not been given much time to deliver profitable results and growth has become a measurable KPI with little patience for missed targets. Thus, companies are seeking CEO coaching, CEO succession planning, and executive search services more frequently and with a renewed sense of urgency, according to the report.

The National Association of Corporate Directors (NACD) outlined some of the relationship responsibilities of a CEO as they relate to the board of directors. These include:

“Furthermore, CEOs and boards of directors may have to face conflicts of interest with one another,” the DHR report said. “These disagreements, while they may be built on fundamental differences don’t have to threaten a company’s short-term success or long-term goals. How disagreements are addressed can minimize their impact.”

Related: 4 Actions Organizations Can Take When a Leader Exits

When conflicts of interest arise, it is helpful for CEOs to see the board’s point of view and vice versa, the DHR report said. “A CEO who seeks clear communication with the chair of the board will often find resolution,” the study said. “Every situation is different; however, relying on the principles of strong communication and conflict resolution will often mitigate a worst-case scenario.”

Since 1989, DHR Global has been a leading, privately held provider of executive search solutions with more than 50 wholly-owned offices spanning the globe. DHR’s consultants specialize in all industries and functions, providing senior-level executive search, management assessment, and succession planning services tailored to the qualities and specifications of its client base.

How Succession Planning Can be Your Secret Weapon

The legal market continues to be highly active in 2022. As the fight to attract and retain top-level talent rages on, organizations are looking for ways to distinguish themselves to candidates and retain current high-performing employees. While this has increased pressure on compensation ranges, money alone often will not drive a candidate’s interest in a position, say DHR Global partners Brandy Russell and  Maryanne Wanca-Thibault in a new report. “Instead, high-performing candidates are driven by growth opportunities — positions that will help them achieve their long-term goals,” said the study. “One way to provide candidates with the opportunities they seek, while also addressing talent retention and risk mitigation, is to employ robust and thoughtful succession planning.”

Mr. Magsig is considered a top thought leader in executive search, working with clients to place their transformative C-level executives and board directors. He is also astute at succession plan creation. During his career, he has filled more than 300 C-suite positions at companies including Swiss Re, Broadway Bank, Horace Mann Educators, CNO Financial and NCCI. Mr. Magsig has served on numerous non-profit and corporate boards of directors.

As a member of the board & CEO practice at DHR Global, Ms. Smith works with clients to place C-level executives and board directors. She works with public, private, and private equity-owned corporations across industries to place top C-suite talent and board directors to drive shareholder value. Ms. Smith is a prominent advocate for boardroom diversity and an established expert on board-ready preparation. Bringing knowledge of boards and boardroom risk derived from her career experience in the commercial insurance industry, she offers valuable perspective to DHR clients.