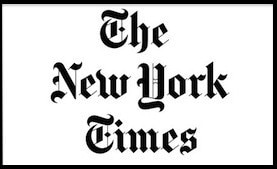 May 13, 2015 – January 8, 2015 – Not long ago I received an email from someone using a Gmail address, claiming to be a headhunter representing Fortune 500-level companies. The person asked about my interest in a position at an unnamed firm, and requested a résumé. I responded positively, but became suspicious when a follow-up asked for my salary information and the reason I’d left the last company I worked for.

I could find no trace of this self-proclaimed recruiter online, so I asked for credentials — whereupon I got a nasty email back, basically dissecting my career in rather unflattering terms. I was taken aback. After a day or so I responded, asking the person not to contact me again. A couple of months later, the same person wrote back, claiming that the unusual communication had been a “test,” which I had supposedly failed.

I have not replied to that one. I am wondering if this is just a weird web troll or if this is a legitimate way for a headhunter to check out a potential candidate. Have you heard of legitimate headhunters behaving this way? ANONYMOUS

This interaction sounds, at a minimum, pretty fishy to me. But I decided to ask a couple of recruiting experts about the emails. “I have been tracking the recruiting industry for a quarter century,” Scott A. Scanlon, managing director of the market-research firm Hunt Scanlon Media, replied. “I have never heard of a situation like this.”

Elaine Orler, chairwoman of the Talent Board, a nonprofit group that seeks to improve the employment-candidate experience, agreed. The person “was smart not to go any further with them,” Ms. Orler said. For genuine recruiters, providing good customer service to client companies and potential employees alike is central to success, she said; no legitimate recruiter would behave this way toward job talent.

One possibility — and we can only speculate — is that this individual was posing as a headhunter in some sort of data-gathering scheme. A résumé can include a lot of personal information. That’s one reason a job seeker should expect a reasonable degree of clarity from a recruiter before forking over personal work-related details, Ms. Orler said.

While some companies do seek to keep their searches discreet by working through agencies or independent recruiters — who may in fact use Gmail — you should still request legitimizing details: a phone number, examples of past job placements, a LinkedIn connection.

It’s in a real recruiter’s interest to put you at ease. If you encounter one who simply won’t, walk away. Don’t share your résumé or anything else — and maybe make sure that all of your online privacy settings are up to date. As for this situation, you might save the emails from this self-identified headhunter for your files, but I wouldn’t engage any further. Whatever this person wants, it has nothing to do with helping you.