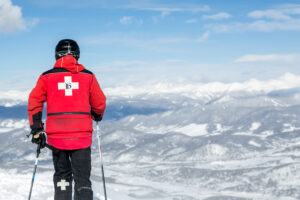 The process to bring Mr. Castilian to NSP attracted more than 250 applicants. The Moran Company worked with NSP leadership to identify qualified applicants. NSP’s board of directors, division directors and staff were all part of the selection process, and all supported Mr. Castilian’s selection. “All of us who spoke with Chris through this process are incredibly impressed with the impact he has made at GOCO,” said Rick Knight, chair of the CEO search committee. “I look forward to Chris leading our organization to new and exciting accomplishments.”

Mr. Castilian brings a wealth of public, private and civic service experience to NSP, along with a passion for the outdoors. He comes to NSP from Great Outdoors Colorado (GOCO) where he served as executive director for more than four years. At GOCO, which invests a portion of Colorado Lottery proceeds to help preserve and enhance the state’s parks, wildlife, rivers and open spaces, Mr. Castilian oversaw more than $270 million in grant awards during his tenure. His achievements there included an investment of $17.3 million in a land acquisition that became a new state park, a pivot that created the Resilient Communities Program to support Colorado communities with unanticipated challenges resulting from the COVID-19 pandemic, and developing and deploying a new strategic plan.

Mr. Castilian formerly held a variety of positions in both the public and private sectors. He was director of strategy and engagement for a Fortune 200 energy company where he built a fully integrated regional government relations, corporate social and civic responsibility, and employee advocate program. He also worked in Colorado state government as the deputy chief of staff for governor Bill Owens. Later he served Gov. John Hickenlooper’s administration as a member of Colorado Parks and Wildlife Commission, including a stint as chair of the commission.

In his new role, Mr. Castilian will be the primary face and voice of the National Ski Patrol and act as the brand ambassador and a snow sports and outdoor recreation industry leader. With primary responsibility for revenue goals, the CEO leads NSP in membership programs, fundraising and sponsorships. “I am excited to join an organization with such a wonderful history, and with so much opportunity in front of it,” said Mr. Castilian. “I am grateful for the support of the board and their willingness to contemplate the future of NSP and what it can be for our members, our partners and the broader industry.”

The National Ski Patrol is a federally-chartered, charitable, non-profit corporation established 83 years ago. NSP is dedicated to serving the public and outdoor recreation industry by providing education and accreditation to emergency care and safety service providers. The organization is made up of more than 33,000 members serving over 650 patrols. Its members work on behalf of local outdoor recreation areas, including winter snow sports areas, to improve the overall experience for outdoor recreationalists. The non-profit has a staff of 18 based in Lakewood. Its annual revenue budget is about $3 million.

The Moran Company, based in Leawood, KS, specializes in searches for non-profit leadership, including executive directors, fundraising/development directors, hospital foundation directors and other senior executives.

Bill Moran founded the search firm in 1996. He has worked on more than 60 non-profit searches over the past 12 years. He brings a combination to the search sector of having spent another 10 years as senior fundraising staff and 12 years as a fundraising consultant serving more than 100 clients.