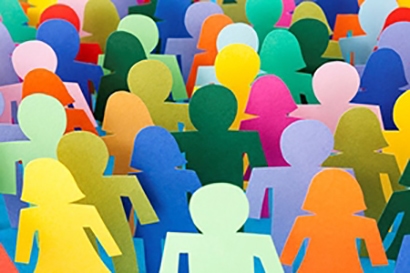 June 18, 2019 – Although most respondents to a new study by talent acquisition firm GQR Global said they feel they have a commitment from their company’s leadership to pursue the business case for diversity and inclusion, there was an overwhelming feeling among them that diversity within their companies is not reflected in executive teams.

Increasingly, the human capital landscape is being shaped by a deepened consideration of diversity and inclusion. The report, in which GQR Global surveyed its global networks, offers a fresh look at diversity, inclusion and belonging that not only feels informative, but actionable as well.

GQR Global asked: “Which statement best describes the state of your company’s culture around D&I?” The survey found that 22.1 percent of the respondents had an executive commitment and were pursuing the business case around D&I; 20.8 percent said D&I is not a part of their culture whatsoever; another 20.8 percent said D&I was inherently a part of their organization’s everyday culture; 19 percent were engaging all members of the business as part of the solution; and 17.1 percent said that they are engaging managers and key stakeholders as part of the solution.

“If we really think about the true essence of diversity…we’ve always lived with differences, except we always thought the difference was in the other – the reality is the difference is in ourselves,” said Rosanna Durruthy, LinkedIn’s head of global diversity, inclusion and belonging. “We see those differences every day, and being able to have a relationship with someone who holds a different point of view can be a real gift.”

“I don’t think we have the luxury or the option of not looking at the competitive advantage that diversity and inclusion allows companies to have,” Ms. Durruthy said. “But that option requires us to create a culture that’s responsive to people so that from a talent acquisition standpoint you’re selling authenticity. If you don’t sell the real deal there are a lot of opportunities that people can leave for and we end up being the farm club for another company that’s getting it right – while we resist change and choose to do things the way we’ve always done it.”

Next Evolution of Diversity & Inclusion

The GQR Global report said that to effectively create a culture where employees can express their authentic selves, organizations must consider the concept of belonging. “To put it simply, diversity can be defined as your mix of people while inclusion can be defined by how well your people mix. With diversity, we are considering things such as gender, race, culture, sexual orientation and age. Inclusion is an action.”

“What’s lacking in both of these concepts, however, is the actualization of fully accepting people for their unique traits that make them different from those around them,” the report said. “The idea of belonging may seem like an emotional notion, but the practicality is quite simple; when you allow your employees to feel like they belong to your organization, they will feel more confident in their abilities to represent themselves authentically without fear of punishment or repercussion.”

How Collaboration and Diversity in the Workplace Promotes Innovation
Companies can only go so far with even the best talent. To succeed, businesses must also show a commitment to continual innovation, says Stephen Dallamore, global chairman of AltoPartners. Among the better ways to generate new ideas, he maintains, is to tap into diversity of thought and skills.

Again, the report found that recognition and belonging are closely related, following a similar pattern in the response set. Responses around seeing measurable progress off the back of the implementation of a D&I strategy were significantly different: 24.1 percent of those who said that their contributions are valued at work did not feel that their organization have seen measurable progress around D&I. The 20.7 percent of those who said they do feel a sense of belonging at their company also reported a lack of progress.

“When we consider the maturity of an organization’s D&I strategy, typically we are assessing the extent to which all members of the business are engaged in the solution,” said GQR Global. The majority (60.1 percent) of survey respondents said they feel they are in the beginning stages of developing a strategy. A total of 20.8 percent of respondents reported that that D&I is not a part of their culture whatsoever; 22.1 percent said that they have executive commitment and are pursuing the business case around D&I; and 17.1 percent claimed they are engaging managers and key stakeholders as part of the solution.

The most popular subtopic of interest among those who felt D&I was not a part of their culture was diversity hiring. Fifty percent of those who selected diversity hiring as the subtopic of D&I they are most interested in also reported that they are in the early stages of rolling out a formal D&I strategy at their company.

GQR Global said that there are implications to this: “People who report that their business has some work to do with regards to D&I are turning to hiring a more diverse pool of talent as a potential solution,” the report said. “This begs us to consider the question, is it talent acquisition’s responsibility to solve the diversity question or should the strategy start with adapting and optimizing a company’s existing culture? While it may feel instinctual to task talent acquisition teams with managing bias correction through the acquisition process, the reality is that employees won’t stay with an organization if the culture doesn’t recognize the disconnect that makes it difficult for underrepresented groups to grow and succeed. It is the responsibility of the talent acquisition function to sell the company authentically.”

When organizations begin to think about tackling the D&I question, often the strategy is to turn to HR and recruitment professionals for a resolution. While these are critical players in the equation, this strategy lacks unification, said GQR Global. Survey respondents who self-identified as falling within the HR function (HR professionals and CHROs) were 10 percent less inclined to say they feel that D&I is built into their overall recruitment strategy than those who identified as hiring managers or other C-suite executives.

“Business areas are not aligned with how D&I integrates into their recruitment strategy,” the GQR Global report said. “Additionally, HR leaders may feel that they are encountering hiring obstacles when D&I isn’t at the core of the organization, and they are being held solely responsible for the initiative. Again, we are learning that the implementation of a D&I strategy should not begin at the acquisition phase of the employee lifecycle.”

Additional findings supported the idea of misalignment: 52.6 percent of HR professionals and 66.6 percent of CHROs said they use a company’s digital presence to gauge its commitment to D&I. Conversely, only 42.2 percent of hiring managers and 40.9 percent of other c-suite said they engage in this practice. “Rather than siloing D&I as an HR or talent attraction initiative, it should become infused throughout the organization as a whole,” the report said.

Despite the vast number of studies demonstrating the value and impact a more diverse and inclusive workforce can have on a business (such as profitability, performance, innovation, engagement and retention), a gap remains where companies feel they can accurately measure the progress D&I initiatives are delivering, said the report.

Related: Recruiters up Their Game in Diversity

Fifty-two percent of the respondents said they don’t feel that they have seen measurable progress since implementing a D&I strategy, and 17 percent said they are unsure what the quantifiable progress has been. “This gap may exist because organizations fail to have systems or processes in place to accurately collect or interpret data around D&I in their workforce,” GQR Global said. “While business leaders may feel a strong moral compass to drive D&I initiatives because it’s seen as the right thing to do, without clear and measurable connections to positive business outcomes, actions are likely to fall flat across the organization.”

“Individuals in the business who are driving D&I may struggle to get buy-in from other contributors if those contributors are already meeting their objectives at work without putting any additional effort toward a D&I initiative,” the report said.

Pressure Mounts for Recruiters to Source Inclusive Leaders
As the racial and ethnic face of America changes, successful leaders will be those who can enable employees with diverse perspectives to work together, says a new report by Russell Reynolds Associates. The bottom line: Rewards await those organizations that get it right.

In other words, there could be a feeling that they don’t need to help drive the action because they have been successful with the way things are right now. It therefore becomes invaluable to identify tangible metrics to show the positive impact of D&I to maximize buy-in from the broader business. “Furthermore, when we look at businesses early in their D&I journey, often different departments are taking on various initiatives,” the GQR Global report said. “While this can be a positive step in the right direction, if these efforts are decentralized, it can become challenging to attribute ROI and scale long-term.”

Although objectives for each organization should look different, the overarching purpose of D&I is to drive success through the celebration and acceptance of what makes each of us unique, the report said. However, the topic of D&I can often feel divisive and misinterpreted.

D&I is about positioning one’s people at the center of the business’ growth plans. “If you consider what it takes to problem-solve, to create sustainable solutions and to build trust and confidence, often it has little to do with all members of a team sharing the same opinions or points-of-view, said GQR Global. “Instead, it has more to do with having the ability to understand and respect each other even when views aren’t the same.”

“Business leaders who are reluctant to face the reality of the future are living in a past that’s no longer real,” said Ms. Durruthy. “Operating with the same mindset and strategies that created success for your workforce 30 years ago won’t deliver in today’s corporate landscape,”

“Every leader needs to possess cross-cultural fitness to survive in an environment of change – otherwise you lack the agility necessary to compete in the future,” Ms. Durruthy said. “Being cross-culturally fit gives us relevancy, influence and impact.”