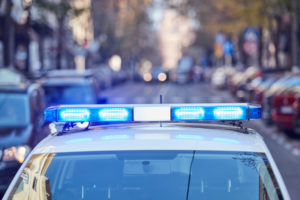 October 2, 2019 – The public sector is in the midst of major transformation. It faces an array of challenges that range from shifting public expectations to budgetary pressures and a growing demand for operational efficiency. To successfully navigate these issues, government organizations need leaders who are focused, tenacious and adaptable, with the capacity to deal with significant scale, complexity and ambiguity, say recruiters who specialize in the field.

Grand Rapids city manager Mark Washington selected Mr. Payne from three finalists for the job. The city searched “high and low” across the nation for its next chief, he said. The search involved a vetting process that engaged residents, business and civic leaders, law enforcement and other community stakeholders.

“As it turned out, our candidate was right underneath our nose the whole time,” said Mr. Washington. “I know that we as a community have a lot of challenges that face us, not only in public safety, but in many other areas. And I take comfort in knowing that deputy chief Payne is prepared for this challenge.”

“Chief Payne is exactly the kind of leader we need for our police department,” Mr. Washington said. “He is responsive, tough on crime and collaborative, and he is committed to community policing. He has proven senior executive law enforcement experience and he has devoted his career to keeping our community safe.”

Throughout his tenure with the department, Mr. Payne has served on patrol, in the vice unit and as a member of the detective unit’s major case team. He has served as a patrol watch commander and as the administrative lieutenant for the south service area. As a captain, Mr. Payne was commander of the south service area and then the investigative division, which includes the detective, vice and forensic services units. In 2017, he was promoted to deputy police chief of operations, overseeing the patrol division, special response team, traffic unit and office of special events. Mr. Payne has been a member of the department’s crisis negotiation team since 1992. He served as its commander from 2010 to 2018.

Mr. Payne takes over a department that has been criticized in recent years for how officers have handled incidents with people of color.

“It’s my job to make sure Grand Rapids remains one of the safest cities in the country for residents and visitors,” Mr. Payne said. “We do this by partnering with the community to reduce and prevent crime and produce public safety outcomes. We also do this by creating a shared culture of community-oriented policing throughout our department, recruiting and retaining the best talent, enhancing training and accountability measures on diversity and inclusion, and reinforcing a culture that is based on our city organization’s values,” he said.

The Grand Rapids Police Department is the second-largest municipal police department in Michigan. The department is staffed by 294 sworn personnel and 104 civilian employees.

Teri Black and her firm have been dedicated to public sector executive search since 1999. Serving communities with populations over one million to towns as small as 2,000, she has built a substantial base of clients that continually rely upon her personalized service and recruitment expertise.