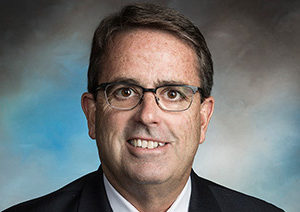 April 26, 2018 – An industry veteran with nearly 40 years of experience in the sports business, Scott Carmichael founded Prodigy Sports in 2007. Now entering his 10th year leading the search firm, Mr. Carmichael has established Prodigy Sports into one of the nation’s premier boutique executive search firms, working with a roster of clients that reads like a Who’s Who in the sports world, including five of the most valuable sports franchises in the world.

In the following interview, Mr. Carmichael discusses current trends taking place in the sports sector and reveals how he believes his own experience differentiates himself from the rest of the field.

Tell us about Prodigy Sports and the specific areas you most focus in on?

Prodigy Sports is a boutique, niche search firm with a focus on senior executives at the VP and above levels. Our core competency is on the revenue generating areas of the business – CRO, sponsorship, partnerships – but we’ve recruited for most disciplines from sales, finance, facility operations, technology, digital and HR. Launched in 2007, we are celebrating our 10th anniversary this year with a staff of 10.

Your background before entering search was in professional hockey organizations, including the LA Kings and the NHL. What led you away from sports itself to recruiting?

I really morphed into search more by coincidence than by a master, life-long plan. Following 25 years on the team (LA Kings, LA Clippers, LA Lakers) and league (NHL) side of the sports business, I had a short stint with ANC Sports, but began building the foundation of Prodigy which was clearly predicated on the hundreds of deeply-rooted relationships I had built in the industry. I was extremely fortunate to gain the trust of the Dallas Cowboys and long-time friend, Greg McElroy, for our very first search, which led to four other search projects with arguably the biggest sports brand in the world. Those projects were immediately followed by three others from the New York Yankees, thus cementing our launch – and legitimacy – with two of the globes largest brands.

We know that recruiters have been seeking senior leaders for decades in traditional industries such as finance, consumer products and others. But when did the search industry begin to push into the sports sector to find top talent?

I can tell you, that, to my recollection, it became evident that companies like Korn Ferry, Russell Reynolds Associates and Heidrick & Struggles began a foray into sports in the late 1990s and early 2000s. Turnkey Sports launched their practice shortly before us and since then, there have been a few other boutique pop-ups that have come and gone. Clearly, there is an advantage to having a sports-specific practice given the nuances of the industry and specialization of the industry. What clearly separates Prodigy Sports from all the others – whether global or boutique firm – is that our agency brings experience of having performed many of the exact roles we’re asked to search for. Sports is an industry that has continued to evolve into a more complex, revenue-first, sophisticated industry that is constantly in need of professionals with a core experience level. With valuations of teams now topping out, in some cases, at over $3 billion, maximizing revenue while adapting to the needs to understand analytics, customer segmentation, etc., there is a lot more pressure on organizations to find top talent with a specific set of skill sets.

It’s been surprising that more sports teams have turned to search firms to identify and recruit coaches. Recently, Patrick Ewing was tapped by a search firm to become head basketball coach at his alma mater, Georgetown. Couldn’t the college have handled this directly? After all they knew him well.

This is a topic that personally troubles me. I don’t want to sound like a hypocrite given our clear desire to continue our 30 percent year-overyear growth, but does Georgetown (Patrick Ewing) or Michigan (Jim Harbaugh) or other such examples of no-brainer hires really need to utilize a search firm to find those eventual hires? With no disrespect intended whatsoever, but I find it almost laughable that a firm would blast a news release around the world that they were retained by such and such school / organization to land a coach that anyone remotely following the sports business – including the 100,000s of alums – could have done. Don’t get me wrong, there is tremendous value in having a university or professional sports team to engage in a quick, national search for coaching talent – if nothing else, to validate what their own set of executives have networked and uncovered – but to stand on a soap box and proclaim their exhaustive national search landed a former Hall of Fame quarterback or center is laughable.

Recruiting athletic directors at major colleges and universities has also become big business for search firms. Is this because the AD, and even those that report to the AD, are so critical to that institution?

Colleges and universities – not unlike professional sports organizations, but little later in coming to the realization – are extremely challenged in maximizing revenue streams. Thus, it has come much more important to find sophisticated business leaders with a long history of business acumen that wasn’t necessarily a key factor say 20 years ago. You look at big school athletic programs now and there is a long list of associate ADs with specialization in ticket sales, sponsorship sales, fundraising, and so on. So, in addition to the core attributes needed by an AD, having those additional skills while also surrounding yourself with an experienced staff with specific skill sets – often coming from executives who have come from professional sports organizations – is key.