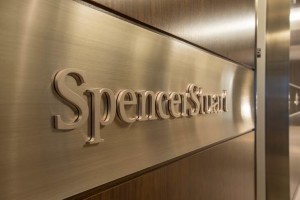 Gerry Lopez will step down as president and CEO and as a member of the board of directors, effective April 6, 2015, to pursue another opportunity. The board has appointed Craig R. Ramsey, AMC’s chief financial officer, as interim president and CEO, to ensure a smooth transition. Spencer Stuart will work with AMC’s search committee, which is chaired by AMC audit committee chairman Lloyd Hill, and includes AMC governance & nominating committee chairman Anthony Saich and directors Howard Koch Jr. and Kathleen Pawlus.

“AMC’s future is on very solid ground thanks in great part to Gerry’s vision and passion,” said Mr. Ramsey. “I look forward to continuing to execute our strategy and facilitating a seamless transition as the Board conducts its search.”

AMC Theatres is an American movie theater chain owned and operated by AMC Entertainment Inc., which is itself owned by AMC Entertainment Holdings, Inc., a majority-owned subsidiary of Chinese conglomerate Dalian Wanda Group. Founded in 1920, AMC has 347 locations and 4,972 screens located primarily in the United States.