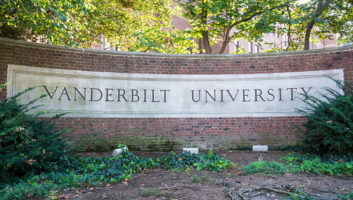 May 26, 2021 – Following an extensive nationwide search, Spencer Stuart has assisted Vanderbilt University in the recruitment of C. Cybele Raver as its new provost and vice chancellor of academic affairs. She succeeds Susan R. Wente, who  will depart Vanderbilt June 30 to become president of Wake Forest University. “Professor Cybele Raver is one of the most accomplished academic leaders working in higher education today. She has deep experience in graduate and undergraduate programs and shares Vanderbilt’s vision of wanting to usher in a new era of achievement,” said Daniel Diermeier, chancellor. “I’m pleased to welcome her as provost and look forward to working together as we explore new ways to enhance learning and discovery at Vanderbilt.”

“Professor Raver is an exceptional scholar with a proven history of building interdisciplinary research and teaching collaborations in ways that advance discovery and impact, making her the ideal next academic leader for Vanderbilt,” said Camilla Benbow, dean of Peabody College and a member of the search committee. “We are thrilled to welcome her both as provost and as an esteemed faculty colleague.”

Dr. Raver is a distinguished psychologist who serves as deputy provost at New York University (NYU). At NYU, she provided leadership for faculty, research and graduate student affairs for the past nine years and has played a key role in fostering interdisciplinary research across the university’s 19 schools and colleges. She also has served as the provost liaison overseeing NYU’s Center for Data Science, the Courant Institute of Mathematical Sciences, the Robert F. Wagner Graduate School of Public Service, as well as the social science division and graduate school within the university’s College of Arts & Science. Dr. Raver has been a faculty member at NYU for 13 years, most recently as a professor of applied psychology. Her research focuses primarily on early learning and development in the contexts of poverty and policy. Before joining NYU’s faculty in 2007, Dr. Raver held faculty positions at University of Chicago’s Harris School of Public Policy and at Cornell University’s department of human development.

“I’m excited and honored to be joining the Vanderbilt community,” said Dr. Raver, who holds doctorate and a master’s in developmental psychology from Yale University and a bachelor’s degree from Harvard University. “My experience at NYU and elsewhere has taught me that, when you bring together scholars and students with diverse perspectives, there are limitless possibilities for collaboration and innovation—both in the classroom and outside of it. And from what I’ve already seen at Vanderbilt, I know it’s fertile ground for these types of breakthroughs.”

Vanderbilt University is a private research university in Nashville, TN. Founded in 1873, it was named in honor of shipping and rail magnate Cornelius Vanderbilt, who provided the school its initial $1-million endowment. Vanderbilt enrolls about 13,500 students from the U.S. and over 100 foreign countries. It is classified among “R1: Doctoral Universities – Very high research activity.” Several research centers and institutes are affiliated with the university, including the Robert Penn Warren Center for the Humanities, the Freedom Forum First Amendment Center and Dyer Observatory.