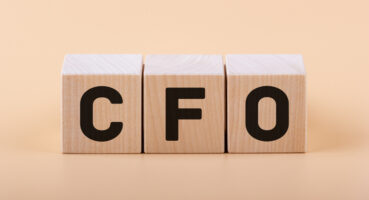 November 12, 2021 – Chief financial officers continue to be in high demand. Finding them is keeping many of the nation’s top recruitment operations busier than ever. In recent months, search firms of all varieties have placed CFOs at various companies. And there is no let-up in sight.

Russell Reynolds Associates recently assisted in the recruitment of Lou Steffens as CFO of Taylor Morrison Home Corp., the nation’s fifth largest homebuilder and developer. He replaces Dave Cone who recently announced his retirement. “Following an extensive search and interview process of both internal and external candidates, I am proud that we were able to pull from our bench of talented leaders to fill this position,” said Taylor Morrison chairman and CEO Sheryl Palmer. “With Lou’s significant background in finance and homebuilding operations coupled with his expertise in executing each of our acquisitions and integrations, he is uniquely qualified to help lead our company in the next phase of its strategic journey focused on operational excellence.”

“It is with tremendous pride and a high level of confidence that I’ll be leaving Taylor Morrison in Lou’s capable hands,” Mr. Cone said. “I know he will build upon the financial and operational advantages that we have created and will continue to drive meaningful results in the years ahead. I look forward to watching the company’s continued success,”

Mr. Steffens has more than 30 years of homebuilding and financial experience. He joined Taylor Morrison in 2007. He has also served as an area and regional president in various markets across the country and as a member of the executive leadership team. As president of mergers and acquisitions, he led the organization through six successful acquisitions and integrations that added meaningful operational scale and geographic breadth that transformed the company’s ability to generate long-term shareholder value.

Most recently, Mr. Steffens has overseen the company’s results management office, where he has spearheaded operational initiatives further enhancing the company’s financial results.

“After helping to guide the company through significant growth via acquisitions, I am excited about the opportunities we have ahead to fully take advantage of the scale and efficiencies we gained since becoming one of the nation’s largest homebuilders,” said Mr. Steffens. “With the strong foundation developed by Dave, I am confident in the positive momentum he has helped to establish and look forward to working even more closely with our finance team to expedite the execution of our strategic plan.”

Prior to joining Taylor Morrison, Mr. Steffens worked for two national homebuilders, Pulte Group and Beazer Homes, where he served as a regional and division president in multiple markets. Before that, he spent several years in financial roles with both corporate and field responsibilities within audit, accounting, and finance.

Hunt Scanlon Media has just released our latest special issue of ESR. This time around we take an in-depth look at the challenges financial services firms are facing in their hunt for new talent.

We cover it all: How CFOs are confronting new layers of risk in the pandemic era; the rapid and dramatic change coming at the CFO; using people analytics to acquire top talent, predict performance & reduce turnover; and why banks are turning to search firms. We even provide our latest “Financial Fifty Recruiters” ranking of financial services search firms! In this special issue of ESR, Hunt Scanlon editors take an extraordinary inside look at recruiting during these unprecedented times. Click here and enjoy.

Headquartered in Scottsdale, Taylor Morrison operates under a family of brands – including Taylor Morrison, Esplanade, Darling Homes, William Lyon Signature Series and Christopher Todd Communities built by Taylor Morrison. It serves a wide array of consumers from coast to coast, including first-time, move-up, luxury and 55-plus active lifestyle buyers.

Russell Reynolds Associates is a global leadership advisory and search firm. Its 425-plus consultants work with public, private, and non-profit organizations across all industries and regions. The firm is ranked by Hunt Scanlon Media as the third largest search firm in the Americas.