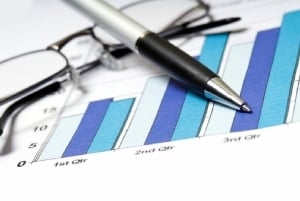 Included in first quarter 2018 earnings was a charge to the company’s provision for income taxes of $3 million, or two cents per share, resulting from the estimated impact of additional guidance released pursuant to the 2017 Tax Cuts and Jobs Act (TCJA). Excluding this charge, the first-quarter 2018 diluted net income was 80 cents per share.

“We were pleased with the company’s performance in the first quarter, including across-the-board revenue growth in our U.S. and non-U.S. staffing and Protiviti operations, and particularly strong growth in our permanent placement division,” said Harold M. Messmer Jr., chairman and chief executive officer of Robert Half. “These gains were fueled by continued small business optimism, a growing global economy and low unemployment rates in professional occupations.”

“We continue to invest in digital innovation initiatives that will seamlessly integrate our customers’ digital experience with our industry-leading traditional professional staffing services,” said Mr. Messmer. “Robert Half’s return on invested capital was 35 percent during the first quarter.”

In the quarter under review, Robert Half bought back 1.1 million shares for $60 million. There are 11.3 million shares available for buyback under the stock repurchase program. This includes the additional 10 million shares that the company’s board has recently authorized for repurchase.

Robert Half’s board also authorized increase of four cents to the company’s quarterly cash dividend bringing it to 28 cents. In March, it paid the dividend for a total cash outlay of $35 million.

Robert Half shares have increased slightly more than three percent since the beginning of the year, while the Standard & Poor’s 500 index has declined 1.5 percent. In the final minutes of trading on Tuesday, shares hit $57.45, an increase of 21 percent in the last 12 months. The company has a current market cap of $7.36 billion.