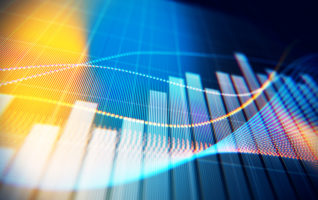 July 31, 2020 – Robert Half International Inc./(NYSE:RHI) posted second quarter revenues of $1.11 billion, down 27 percent from the same period a year ago, missing the consensus mark by 1.6 percent. The Menlo Park, CA-based recruiting company recorded net income of $46 million, or $.41 per share, compared to the prior year’s second quarter earnings of $224 million, or $1.91 per share.

Protiviti, Robert Half’s global consulting division,revenues came in at $284 million, which increased four percent year over year on a reported basis and 4.5 percent on an as-adjusted basis. This increase was driven by strength in solutions offerings and pipeline. U.S. Protiviti revenues increased six percent year over year on an as-adjusted basis while non-U.S Protiviti revenues declined two percent.

“Robert Half’s second-quarter results were clearly affected by the economic crisis resulting from the COVID-19 pandemic, most acutely in our staffing business,” said M. Keith Waddell, president and CEO of Robert Half. “Protiviti had an outstanding quarter and continues to benefit from strong solutions offerings and pipeline. We are encouraged by recent signs of week-on-week sequential growth in our staffing operations, and, although significant uncertainty continues, we approach the third quarter with optimism.”

At the end of last year, Robert Half appointed Mr. Waddell as its new CEO. He succeeded Harold M. Messmer Jr., who held the position for 33 years. Mr. Messmer, one of the longest serving recruitment chief executives, will continue as executive chairman.

“Robert Half is fortunate to have great management continuity among our top executives and the experienced leaders of our field operations worldwide, who together average more than 20 years with the company,” said Mr. Messmer. “When I assume my new role as executive chairman next month, I look forward to supporting this outstanding team in the future as it continues to grow the Robert Half business.”

Moving forward, Mr. Messmer will devote significant time to board matters as well as growth plans, business strategy and the professional development of the company’s employees throughout the organization.

“We are extraordinarily fortunate that Mr. Messmer will continue as executive chairman and will remain involved in areas that are most important to Robert Half’s continued growth,” said Frederick A. Richman, the company’s lead outside director. “We are equally fortunate that Mr. Waddell will serve as CEO and that we have the benefit of an outstanding team of other executives, most of whom have at least two decades of experience with the company.”