Menu
View our Events
Stay Connected:
In an effort to help build more inclusive leadership teams, Cejka Search and the Center for Creative Leadership surveyed dozens of senior healthcare executives about unconscious bias. There is often a gap, the authors found, between the concept of creating more inclusive leadership and actual meaningful practices. The challenges lie in organizational culture and attitudes. 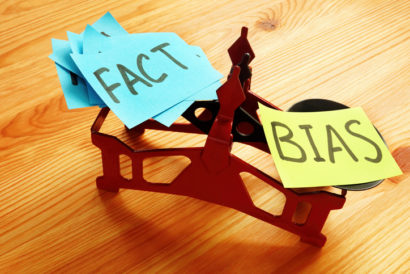 November 16, 2020 – Longtime disparities based on culture, linguistics, income, place of residence, mental health and other factors have been found to limit care access and impede health equities. They also inflict financial waste on health systems, insurers, employers and patients.

“Achieving greater equity in health outcomes requires a paradigm shift in the way healthcare organizations think, organize strategy and resources, and implement policies and practices regarding diversity and inclusion,” says a new report, “Leadership Diversity in a Healthcare Era Where Innovation is Essential,” by Cejka Search and the Center for Creative Leadership. “As with any transformative shift, the organization’s leadership plays a pivotal role. Exploring not only the leadership’s understanding and commitment to creating an inclusive health system but also the make-up of the leadership team itself is essential. The more diverse and representative the leadership team is of its patient population, the more insight they bring to creating health solutions that work for the people they serve.”

Late last year, the two organizations conducted an online survey, on an anonymous basis, of 50 senior healthcare executives. Respondents included board of director members, C-suite executives, human resource executives and other senior healthcare leaders. The study, which focused on the reduction of unconscious bias in the hiring process to build more inclusive leadership teams, was authored by Mark Madden, executive vice president and managing principal at Cejka, and Nick Hines, healthcare leader, global markets, with the Center for Creative Leadership.

Despite growing acknowledgment and appreciation for the value diversity brings to healthcare organizations, the survey found a gap exists between the idea of creating more inclusive leadership and meaningful practices to achieve this goal, with organizational culture and attitudes at the center of the challenge.

“Organizational behaviors are dictated by cultural norms more so than verbalization of goals,” said the report. “An organization’s culture creates social factors among peers that can prevent even leaders from challenging the status quo. Nearly half (45 percent) of executives surveyed described their organization’s attitudes towards inclusive leadership hiring as a topic of discussion, but with no significant practices put into place.” Another 14 percent said challenging hiring biases, especially up the organizational hierarchy, was culturally unacceptable. Therefore, the study said, organizational cultures need to further evolve to support the achievement of more diverse healthcare.

In this brand new episode of ‘Talent Talks,’ Hunt Scanlon Media host Rob Adams is joined by Rebecca Kapphahn, vice president, and Angela Shultis, manager of business and market development, for Cejka Search. Ms. Kapphahn and Ms. Shultis discuss a recent report published by Cejka on unconscious bias, the impact that it has on executive teams, and how social media plays into the issue. Listen Now!

“The danger of unconscious bias in the hiring process is that it can cause people to choose one candidate over another based on ‘gut reactions’ or ‘first impressions’ rather than merit, and often negatively impacts groups of people based on appearance or other predisposed traits,” said the report. “Because they are ‘unconscious,’ they can be difficult to detect.” Examples of unconscious bias include choosing candidates because of the schools they attended, their levels of enthusiasm, their years of experience and interviewers seeing something of themselves in an interviewee.

“Progress begins with creating awareness of unconscious bias,” said the report. “When asked whether the leadership teams at their organizations were familiar with unconscious bias and the impact it may have on hiring decisions, 60 percent responded ‘yes’ and 40 percent responded ‘no’ or ‘not sure.’ Some may consider 60 percent awareness to be high, in which case awareness can be considered just a start with more formalized structures, practices and measurements required to make real progress. Others may consider 60 percent awareness low, purporting that awareness in today’s environment should be closer to 100 percent. In either case, there is room for improvement on both awareness and meaningful action.”

An overwhelming majority (96 percent) of healthcare executives said a person’s likability or cultural fit often tips the scale in favor of a candidate.

Less than half (42 percent) of executives reported having a formal diversity initiative that includes a dedicated leadership role or executive sponsor, said the report. The highest portion(44 percent) cited diversity training and seminars but nothing formal beyond that, and 14 percent had no initiative at all.

Even organizations that had a dedicated leadership role or executive sponsor did not report significantly more perceived diversity among their current leadership teams (62 percent as compared with 58 percent for all executives). Survey respondents identified leadership diversity as being based primarily on gender, management style and ethnicity.

“In the pursuit of inclusive leadership, it’s important to recognize that in addition to inherent traits, such as race and ethnicity, gender and age, there are diverse acquired traits that can improve an organization’s ability to look at issues from different perspectives and encourage innovation,” said the Cejka/ Center for Creative Leadership study. “These include traits you gain from experience. For example, leaders who have worked at smaller health systems with fewer resources approach problem solving differently than those from large organizations with abundant resources. A leader with a managed care background may bring fresh insights to a physician-led organization and one from a faith-based organization to a secular hospital, and vice versa. Differences in educational backgrounds, geographic regions, facility types and industries are all examples of diverse inherent traits that can help drive innovation throughout healthcare organizations.”

A number of practices prior to a decision maker interviewing leadership candidates may perpetuate unconscious biases―first impressions that are drawn from a candidate’s name, photo, work history or personal background. Once an individual has formed a first impression, it is most common to seek affirmation than to challenge one’s initial perception.

“Fortunately, 80 percent of executives said they do not receive photos as part of an initial candidate profile,” said the report. “However, the remaining 20 percent who do are exposed to a host of unconscious biases at an early and critical phase of a search, when candidates are being eliminated. For example, might a person’s manner of dress, weight, age or attractiveness revealed in a photo conjure up certain assumptions, either negative or positive? Perhaps regarding a person’s level of energy, assertiveness, intelligence or likability?”

Research has demonstrated that biases associated with the perceived gender and/or ethnicity of a person’s name has, in fact, influenced hiring decisions. For example, the assumptions that female leaders were less aggressive, older candidates were less innovative and people of certain ethnicities were smarter than others.

When asked how executives would feel about receiving candidate profiles that did not include a name or photo, about 60 percent responded positively and 40 percent negatively. Negative responses included feeling less likely to seriously consider the candidate, suspicious of the candidate or process and to a lesser degree offended.

While most healthcare executives are not presented with photos of job candidates, the majority (68 percent) conduct their own internet searches on candidates prior to interviewing them, which presents two distinct challenges, said the report. One is the availability of photos and commentary on sites such as LinkedIn, Facebook or Twitter, both professional and personal in nature, that can perpetuate conscious or unconscious biases.

The second challenge is exposure to legal liability. If an employer learns of a candidate’s protected characteristic(s) (including age, sex, race, color, religion, and national origin) by reviewing the candidate’s social media sites, they may not allow that to influence their willingness to recruit that candidate. Only 12 percent of executives said their organization has a formal policy on using social media to screen candidates; monitoring compliance with such practices can also be difficult.

“As the survey results demonstrate, building a diverse healthcare workforce well-suited to drive innovation at all levels of the organization takes more than diversity training and bias awareness, even more than a dedicated leadership role or executive sponsor,” said the report. “It necessitates that diversity be approached as a strategic imperative, and a leadership team that is diverse in both inherent and acquired traits is more likely to drive the level of organizational commitment required.”

New Ways to Move the Needle on Diversity Hiring
As executive search professionals, Mercedes Chatfield-Taylor and Gina Barge of Caldwell have taken note of a lack of diversity at large technology companies. A new report they have co-authored examines why there are limited opportunities on senior leadership teams for people of color and women, and what can be done to change the trajectory.

The authors said that workforce diversity, as a strategic imperative, is most likely to be achieved when the following structures and resources are in place:

1) Committed, Influential and Accountable Leadership—Healthcare organizations that are leading in equity, diversity and inclusion typically have a leadership role, sometimes a chief transformation officer, chief human resource officer or chief diversity officer, that is committed to the vision, is influential or has a seat at the proverbial table, and is accountable for measurable progress, said the report. No matter how influential the role, however, it takes the commitment of the entire leadership team to create a culture where inclusion is embraced.

2) Well-Understood, Actionable Strategy—More than a mission or value statement, a meaningful strategy must be clearly articulated and understood by all. Meaning that employees throughout the organization are able to articulate what they’re working on and how it contributes to the overall strategy of achieving an inclusive culture and workforce. An essential step is defining how your organization views diversity, taking a broadened view that includes not only gender, sexual orientation, age, ethnicity and race, but also different academic backgrounds, linguistics, healthcare sector experience, and geographies, said the report. Assess your current level of diversity and set appropriate goals and timeframes for achieving measurable goals.

3) Robust Infrastructure and Metrics Reducing—Conscious and unconscious biases in the hiring and development process requires a robust infrastructure with well-established processes and metrics. This includes securing sustainable funding and dedicated resources, establishing a governance committee, defining the metrics that will be used to monitor progress, and developing systems and resources to capture and analyze the metrics.

To create a diverse leadership team, the Cejka/ Center for Creative Leadership studied recommended that companies:

2. Define what innovation means to your search committee or organization. Being an innovator is one of the most common requirements discussed in regards to healthcare leadership searches. However, not all organizations are prepared to embrace truly innovative leaders or have varying degrees of opinions on what constitutes innovation.

3. Develop and communicate a clear policy on the use of social media to screen candidates. To reduce biases and legal risk, employers should create a consistent policy on the use of social media that provides clarity on the rationale for its use in candidates searches, transparency for those using the policy and for candidates who are the subject of searches, consistency in terms of how searches are conducted and who conducts them, and openness about what impact the findings will have on candidate selection.