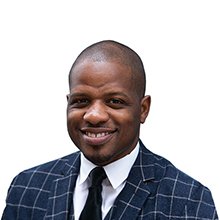 For almost 20 years Steven has worked in both the nonprofit and higher education space focusing on early and mid-level talent. Prior to starting at Broadview Talent Partners in 2021, Steven worked at the first and only Historically Black College/University in Austin, Texas. His contributions include developing a diverse pool of talent and building strong relationships with corporate partners interested in cultivating intentional DEI partnerships. During his tenure, he also worked to generate over a quarter of million dollars in donations to help his department place students from diverse backgrounds within international technology firms in the Austin job market.

In his role as VP of Programming for Austin Urban Technology Movement (AUTM), Steven worked to build out their job placement strategy to increase Black and Hispanic representation in the technology industry. He was able to do this by working with high level DEI directors to design intentional diversity pipelines and sourcing strategies that work.

Steven has a BS in Information Systems from Carthage College and a master’s degree in Public Administration from Jacksonville State University. He is also a member of Kappa Alpha Psi Fraternity, Inc.. In his free time Steven sits on the advisory board at KMFA classical station. He also consults with KMFA on the best strategies to establish stronger ties to diverse communities and their historical connections to the classical genre.

Steven is also the founder of _OFCOLOR, an organization that aims to amplify creative artists of color through the intimate cultural events. He is also an avid photographer whose work was featured during Black Art Weekend in Austin and in several other community art projects.