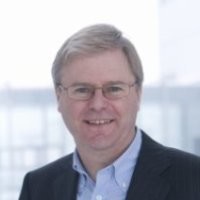 Jerry brings a wealth of experience and contacts to the Hyperion team. His network in the solar, energy storage and renewable sector is extensive and opens many doors for the team. Jerry is also Executive Chairman of Gridserve and SEC, a 40-year-old British family owned industrial battery, energy storage and solar power company operating globally through a network of partners and own offices in Europe, South East Asia, China and the Middle East. Jerry set up and ran, over a period of 10 years, the leading solar PV module maker Suntech’s European business where he held the position of President and led the company to annual revenues of over £1.5billion and annual supply of over a 1000MW of PV modules.

Prior to that Jerry has worked in the industrial battery sector as Sales Director for both Sanyo and AEA Technology. He was a member of the UN Secretary Generals Advisory Group on Energy and Climate Change, an advisor to the Director General of UNIDO on Sustainable Energy and has worked with leading institutions such as The Clinton Foundation, The Copenhagen Climate Council and The Prince of Wales’s Corporate Leaders Group as well as being a Director of EPIA the European Photovoltaic Industries Association and an Executive Committee member of the BPVA in the UK.