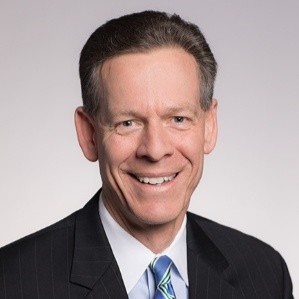 He brings close to 20 years of executive search experience exclusively focused in the Human Resources arena, following ten years spent in HR on the corporate side. Chris has completed hundreds of senior executive search assignments across all functional areas of Human Resources and across multiple industry sectors, for clients ranging from Fortune 50 multi-nationals to start-ups.

After Highland was acquired by Heidrick & Struggles several years later, Chris was recruited to further develop the HR practice at CT Partners and was later recruited by Diversified Search as a Managing Director and Human Resources Practice Leader.

Chris began his career at May Department Stores, completing the Company’s highly regarded Executive Training Program. He served briefly as an Assistant Buyer before entering Human Resources, where he led merchant training, corporate communications, college relations, and executive recruiting for a May division. In 1995, he was recruited by Melville/CVS Corporation and progressed through HR Generalist and recruiting leadership roles before becoming Vice President, Corporate Human Resources and Staffing.

Chris was briefly recruited back to the corporate side during his search career to become Head of Executive Recruiting for Aetna, a $30 billion, 35,000 employee health insurance leader.