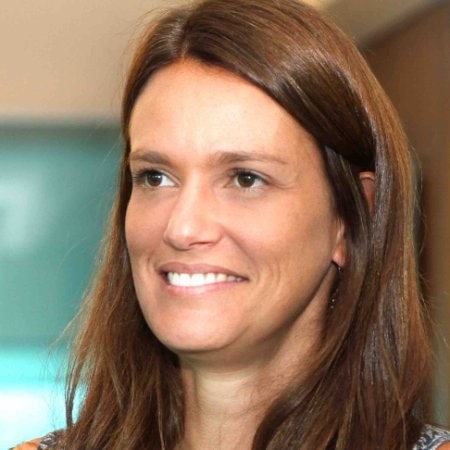 I have 18+ years professional experience in consulting and projects relating to People Management. I started at Accenture, in the Change Management division, working mainly in SAP implementation projects. Later, I worked for Vésper (telecom) in São Paulo, helping create its Human Resources division.

In 1999, I transitioned into Executive Search area and, due to my background, focused mainly on the IT and Telecom industries, developing projects for companies such as Microsoft, IBM, Dell, SAP, Telefônica, Nextel, Tivit, among others. I was a consultant and partner at Fesa for four years, and, in 2006, founded Assert, a recruiting consulting company specialized in IT, Telecommunications and Services.

From 2013 to 2015, I lived in California, getting my certification as a Life Coach through CTI – Coaches Training Institute. During this period, I joined Renata and Alda to expand Assert’s scope, creating Plongê.

I hold a bachelor degree in psychology, from Mackenzie University, a specialization in Telecommunications from BSP – Business School São Paulo, and I am a certified Life Coach (CPCC) through CTI – Coaches Training Institute in California. I also took part in CTI’s Leadership Program.