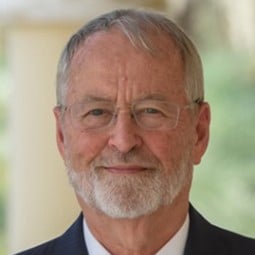 At American University of Sharjah (AUS), Dr. Kjerfve provided leadership for the university in his role as CEO, having developed the approved strategic plan and a $500 million research agenda, with the responsibility for implementing both. He was mandated to start transform AUS into a leading research university, including hiring more than 100 new faculty/researchers. He was also heavily involved in the development of the Sharjah Research Technology and Innovation Park. Besides being Chancellor, Dr. Kjerfve also served as Professor of Environmental Sciences.

Prior to joining AUS, Dr. Kjerfve served as President of the World Maritime University (WMU), a United Nations university in Malmö, Sweden, under the auspices of the International Maritime Organization (IMO), offering MS and PhD degrees in Maritime Affairs. He supervised the building of the new university campus and supervised MS degrees offered by WMU in Dalian and Shanghai, China. He led the annual effort to seek financial support for WMU. Besides being President, Dr. Kjerfve also served as Professor of Maritime Affairs.

As a researcher, Dr. Kjerfve has been awarded more than $20 million in grant funding as PI or co-PI to carry out ocean and environmental projects in the US and around the world, much of the funding obtained from NSF and other Federal agencies. He has contributed more than 250 publications, including 13 authored or edited books, 116 peer-reviewed journal articles, 60 peer-reviewed book chapters, and 62 additional scientific articles and reports.

Dr. Kjerfve earned a PhD in Marine Science from Louisiana State University, a MS in Oceanography from University of Washington, and a BA in Mathematics from Georgia Southern University. Dr. Kjerfve is based alternately in Texas, USA and Niterói, RJ, Brazil; is married with three daughters; is a dual citizen of USA and Sweden, and a permanent resident of Brazil; speaks English, Swedish, and Portuguese. Personal interests: tennis, literature, the arts, the environment, and geopolitics.