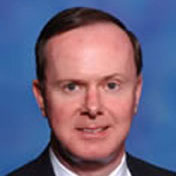 C. Wayne Alderman graduated from Auburn University with a Bachelor’s Degree in Accountancy (1971) and his MBA (1972). He also holds his doctorate in Business from the University of Tennessee (1977) where he received an Ernst & Young Doctoral Dissertation grant.

From 1972-1975, he worked at Ernst & Young as a senior auditor and served a diverse set of publicly held clients, primarily in financial services and manufacturing. He is a Certified Public Accountant (Inactive) and a Certified Internal Auditor and has served in leadership capacities in the American Institute of CPAs and the Alabama Society of CPAs.

Dr. Alderman has served on the faculties of the University of Texas at Austin and Auburn University. During his tenure as a professor, he received numerous teaching awards including recognition several times as the outstanding professor in the business school and has received an outstanding teacher award at Auburn University six times. In addition, both the American Institute of CPAs and the Alabama Society of CPAs have recognized him with outstanding discussion leader awards. Over the years, he has taught professional education courses to CPAs in 35 states. He has also served as a facilitator in strategic planning for numerous organizations.

He has published more than fifty articles in his primary areas of financial accounting and reporting and auditing and he is a co-author on two accounting textbooks. He also served on the nine member Board of Examiners of the AICPA, which has the responsibility for the CPA exam, from 1995-1998 and on its various subcommittees from 1992-1998.

Dr. Alderman served as Dean and Wachovia Professor for the College of Business at Auburn University for eight years. During that time, he provided leadership and strategic vision for the college and established the Lowder Center for Family Business and Entrepreneurship, eleven new endowed professorships, including an Eminent Scholar Chair in Business Ethics, and popular study abroad programs. He also initiated the nationally recognized Executive and Physicians Executive MBA programs that combine on-campus and international experiences with distance learning formats. Endowments increased by over twelve million dollars during his tenure and scholarship awards increased fourfold. A key focus of his leadership was on information technology which, combined Auburn’s traditional personal environment, transformed the business school into a “high tech, high touch” model.

Dr. Alderman served as Dean of Enrollment Services at Auburn University from 2006 – 2018 and is currently Dean and Professor Emeritus. He had overall responsibility for recruiting and admissions decisions for all undergraduate programs as well as responsibility for all university scholarship programs. He also served as faculty advisor for numerous student groups over the years including Phi Gamma Delta (social fraternity), Beta Alpha Psi (Accounting honorary), Mortar Board (AU honorary), and War Eagle Girls/Plainsmen (AU hosts/hostesses) and chaired numerous University committees.

Dr. Alderman serves on the Board of Directors of AuburnBank (NASDAQ) and has served as a consultant to Morrison and Smith, CPAs, (Tuscaloosa, AL) from 1980-2002 and Bern, Butler, Capilouto, and Massey, CPAs (Montgomery, AL) since 1987. Dr. Alderman has also completed numerous international professional assignments to countries such as Japan, Egypt, China, the Czech Republic and the United Kingdom.