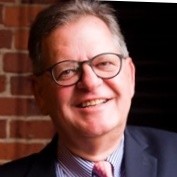 Andy brings 30 years of experience to Koya. His primary practice is leading executive searches for both academic and financial leaders at colleges and universities, research institutes and other subsidiary organizations.

Prior to his career in executive search, Andy held senior leadership positions in higher education at Tufts University and Oberlin College. He also served as Chief Financial Officer at Wellesley College.

Earlier, Andy was a U.S. Foreign Service officer for the Agency for International Development. In that role, he served overseas in Afghanistan and Indonesia in a variety of management positions. He also held the role of Controller of the USAID/Asia bureau in Washington, D.C. Andy started his career in public accounting.

Andy has served on a number of boards supporting higher education and was a commissioner of CIHE/NEASC, the regional accrediting association for institutions of higher education in New England.

Andy is a graduate of the College of William and Mary. He also holds an M.B.A. in Information Systems from George Washington University and is a C.P.A.