Stay Connected:
As the COVID-19 pandemic continues to push Americans into unemployment, economists fear that many workers let go in the spring will soon exhaust their 26 weeks of unemployment benefits and cause a new spike in jobless figures. Mike Myatt of N2Growth shares his thoughts on how companies can weather the storm. 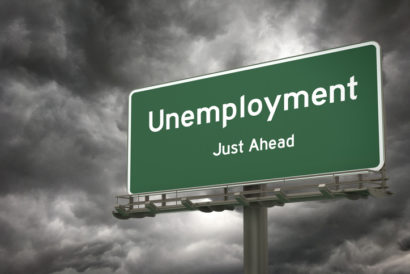 September 17, 2020 – The Labor Department reported this morning that 880,000 more Americans filed new claims for state unemployment benefits last week. Economists surveyed by Dow Jones had been looking for a total of 875,000. The latest figures portend an unstable and volatile job market.

Chris Rupkey, chief financial economist for MUFG Union Bank, warned clients in a note last week to not “be fooled” by the data. “The labor market may not be sinking but it sure isn’t getting any better either,” he said.

Workers laid off in the spring who are still looking for work will soon exhaust the 26 weeks of unemployment benefits that states generally provide. That could lead to a jump in applications for the federal Pandemic Emergency Unemployment Compensation program, which provides another 13 weeks of payments, according to Bloomberg economist Eliza Winger. “In the coming weeks, jobless claims could start to fall at a quicker pace as more unemployed Americans exhaust their 26 weeks of benefits,” she said.

Mike Myatt, founder and chairman of N2Growth, is a leadership advisor to Fortune 500 CEOs and their boards of directors. He has worked directly with hundreds of public company CEOs and board members globally, and his representative corporate clients include Accenture, AT&T, Bank of America, Deloitte, EMC, Humana, IBM, Lincoln Financial Group, McGraw-Hill, Merrill Lynch, PepsiCo, and other leading global brands.

In the following interview excerpted from a larger discussion Mr. Myatt shares three focus points for what’s next, and how companies can plan for success in a post pandemic world.

Mike, what has changed since the pandemic began?

As tragic as COVID-19 has been on both a human and macro-economic level, in some respects it did a favor for smart businesses – it served as Tyson’s proverbial punch in the face. Fueled by the optimism of riding the wave of the strongest economy in modern history, virtually every business carried unnecessary bloat into 2020. Businesses were people, process, facility, and debt heavy. They were also cash, talent, and innovation light. The good news is that for businesses agile and resilient enough to course correct and make the necessary pivots, the future has been amplified and accelerated. The fastest path to the future is rooted in being brutally honest about present state dominant logic, institutional thinking, organizational faults, cultural disconnects, and talent deficits.

What do you see going forward?

The best leaders are not thinking about ‘going back,’ but instead are thinking about going forward. Leaders looking to restore the past instead of ushering in the future are trying to live in a world that’s already passed them by. Innovation is no longer a ‘nice to have,’ but a ‘need to have.’ If you are not innovating in real-time, increasing velocity around the rate of change, and amplifying new business model design, you are ceding opportunity to those who are. There has never been a greater opportunity to reframe, reimagine and reinvent. The question is will you cling to the past or embrace the future?

“The best leaders are not thinking about ‘going back,’ but instead are thinking about going forward. Leaders looking to restore the past instead of ushering in the future are trying to live in a world that’s already passed them by.”

How can companies engage their talent during these times?

I’ve never been impressed with leaders who cite the size of their workforce as a success metric. Bigger isn’t better – better is better. Here’s the thing: low switching costs along with the evisceration of other barriers to talent movement have changed workforce dynamics forever, and in my opinion, for the better. Companies that are blind to what intrigues and engages the best talent won’t be able to attract or retain them. Legacy-based operating models will always provide a safe harbor for mediocrity, but if you want to beat your competition to the future, it will only happen by engaging next-level talent.

What are some keys to better leadership during challenging times?

Up-skilling is table stakes, it’s code used by legacy-based companies for playing catch-up. The goal should never be to level the playing field, but to tilt it to your advantage. It’s future skilling that’s the game changer. The buzz phrase “war for talent” has been redefined in real-time. It’s not whether the talent exists – it clearly does; it’s abundant. The question is whether you recognize real talent and can successfully compete for it. The organizations with the smartest, most creative, and most diverse talent wins. Everything else is noise. When companies stop trying to put people in boxes, and realize the goal is to free them from the boxes, they will take quantum leaps forward. The first step to better leadership is to stop playing big-brother. Stop checking on people to make sure they’re working, and care enough to check in on people to see how to better support them. Organizations that don’t understand how to create self-led teams will die a slow painful death.