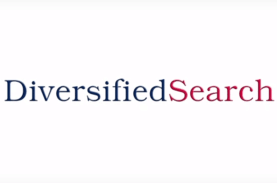 May 20, 2015 – Diversified Search has added Patrick M. Prout, the former president and CEO of The Prout Group, and Betsy Bruening, Prout’s EVP and COO, as managing directors. Mr. Prout will serve as the firm’s practice leader for financial services in New York while Ms. Bruening will establish a new office in Cleveland.

Before launching Prout Group, Mr. Prout served as a partner in the Cleveland office of Heidrick & Struggles where he was a member of the firm’s financial services, diversity, chief financial officer and industrial practices. He also conducted searches for clients in the insurance, manufacturing, telecommunications, entertainment and sports fields. Previously, he was president and chief operating officer, then vice chairman, of Bank One, Cleveland, NA., a $2.5 billion asset affiliate of Banc One Corporation.

Prior to co-founding Prout Group, Ms. Bruening was an associate director of Heidrick & Struggles’ Cleveland office. She was a member of the firm’s financial services, diversity and industrial practices, as well as the chief financial officer Associates Council. Her focus has been on industrial and financial services clients. During her search career, Ms. Bruening has executed more than 150 search assignments, primarily for president, CEO, CFO, and board members.

The addition of both executives to Diversified Search “adds value and experience to both our financial services and industrial practices. In addition, their functional expertise in corporate governance will also further Diversified’s work in the boardroom,” said Dale E. Jones, Diversified Search president and CEO.