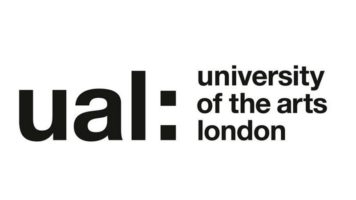 “James has a compelling vision for UAL’s future in education and culture, building on our success in the global academic rankings,” said David Isaac, chair of UAL’s court of governors. “His track record as a strategist and advocate will be vital as we diversify our student and staff body and create a heavyweight new digital capability.”

Mr. Purnell has extensive experience in the creative economy. He joins the University of the Arts London from after seven years with the BBC. In his most recent role, he led the teams across BBC Radio & Music, BBC Children’s & Education as well as BBC Arts. He has overseen the development of the corporation’s education strategy, delivering digital products, notably Bitesize, alongside campaigns on online safety and cutting the literacy gap between rich and poor children. In addition, Mr. Purnell launched BBC Sounds, which brings together the BBC’s radio stations, podcasts and music mixes in one place with more than 3.4 million weekly users, and championed the BBC’s ambitious arts strategy.

In 2012, Mr. Purnell won Best Film at the Edinburgh Film Festival as producer of the documentary “One Mile Away.” In 2009, as secretary of state for culture, Mr. Purnell commissioned the McMaster Review, which reset the debate around access and excellence in culture.

“I couldn’t be happier to join the brilliant team at UAL and I look forward to working with students and staff alike across all colleges,” said Mr. Purnell. “Under Sir Nigel Carrington, UAL has established itself as a global influence in creativity and a leader in national education strategy. UAL is already one of the world’s great creative institutions, so I will start by listening to what students, staff, governors and stakeholders seek from the next phase in our growth. I am especially alert to student well-being as COVID-19 reshapes their teaching and personal experience. And UAL will play an important part in the re-establishment of the creative economy and London’s re—-awakening following the pandemic,” he said.

Perrett Laver works globally to identify leaders for organizations that are solving the world’s biggest challenges and have extraordinary impact in society. The firm is focused on mission-driven sectors and themes, partnering with organizations in over 60 countries worldwide, across every time zone and through its international team. Perrett Laver has strong internal commitments to diversity, mental health, social mobility, education and justice.

Perrett Laver Seeks COO for European Society of Endodontology
Perrett Laver is leading the search for a new chief operating officer for the European Society of Endodontology (ESE), which focuses on the study of dental pulp and tissues surrounding the root of a tooth. Consultant Emi Saliasi is leading the assignment for the search firm. ESE wants a COO to ensure that the organization’s mission, aims, objectives and strategic goals are achieved, said Perrett Laver.

Sarah John, co-managing partner of Perrett Laver, recently placed David Isaac as the new provost for Worcester College University of Oxford. Mr. Isaac’s experience and expertise proved to be the perfect fit as the college steps up its commitment to equality, diversity and inclusivity, continues transforming its undergraduate admissions and refreshes its traditions to meet the needs of a 21st-century community with three centuries of history, said Perrett Laver.