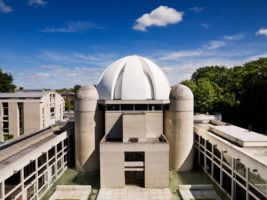 February 24, 2021 – U.K.-based executive search firm Perrett Laver has assisted in the recruitment of Dorothy Byrne as the sixth president of Murray Edwards College. She will take up the position in September. Ms. Byrne will succeed Dame Barbara Stocking who has been president of the college since 2013. “I am delighted with the election of Dorothy Byrne, who will be an innovative and inspirational president,” said Rachel Polonsky, vice president of Murray Edwards College. “Her distinguished career in the media, her passion for widening participation in higher education, and her creative flair will be of great benefit to the college in the years to come.”

Ms. Byrne is currently editor at large at British television network Channel 4, a role that was specially created for her after she stepped down as head of news and current affairs after 15 years. During her time at Channel 4, she has been responsible for news and current affairs programs, winning her numerous international awards. Last year, Ms. Byrne delivered the MacTaggart lecture at the Edinburgh Television Festival and was honored with the Grierson Trustees’ Award at the 2019 Documentary Awards. In 2018, she was made a fellow of The Royal Television Society and received the Outstanding Contribution Award at the RTS Journalism Awards in the same year. Ms. Byrne is currently a visiting professor in investigative journalism at De Montfort University.

Murray Edwards College is a women-only constituent college of the University of Cambridge. It was founded as “New Hall” in 1954. Like most Cambridge colleges, it did not bear a benefactor’s name. That changed in 2008 following a donation of £30 million by alumna Ros Edwards (née Smith) and her husband Steve Edwards to secure the future of the college as a college at the University of Cambridge in perpetuity. In recognition of this, New Hall was renamed Murray Edwards College, honoring the first president, Dame Rosemary Murray, and the donors. The college currently comprises of 63 fellows (women and men), a student body of around 350 undergraduates and 200 postgraduates, and a dedicated team of 120 professional staff.

“It is a huge honor to be elected as president of Murray Edwards College and I am excited to be joining such a modern and forward-thinking community,” said Ms. Byrne. “I am very much looking forward to working with the fellows, students and staff to support the work of the college.”

Perrett Laver works globally to identify leaders for organizations that are solving the world’s biggest challenges and have extraordinary impact in society. The firm is focused on mission-driven sectors and themes, partnering with organizations in over 60 countries worldwide, across every time zone and through its international team. Perrett Laver has strong internal commitments to diversity, mental health, social mobility, education, and justice.

Perrett Laver Seeks COO for European Society of Endodontology
Perrett Laver is leading the search for a new chief operating officer for the European Society of Endodontology (ESE), which focuses on the study of dental pulp and tissues surrounding the root of a tooth. Consultant Emi Saliasi is leading the assignment for the search firm. ESE wants a COO to ensure that the organization’s mission, aims, objectives and strategic goals are achieved, said Perrett Laver.

Sarah John, co-managing partner of Perrett Laver, recently placed David Isaac as the new provost for Worcester College University of Oxford. Mr. Isaac’s experience and expertise proved to be the perfect fit as the college steps up its commitment to equality, diversity and inclusivity, continues transforming its undergraduate admissions and refreshes its traditions to meet the needs of a 21st-century community with three centuries of history, said Perrett Laver.