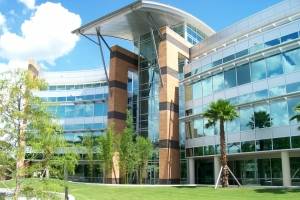 January 17, 2018 – Parker Executive Search is looking to place the new president of the University of Central Florida (UCF) by mid-year. The Atlanta-based recruitment firm was enlisted last year to find the replacement for the school’s longtime president John Hitt, who announced his retirement in October.

Perhaps Parker’s biggest challenge is finding someone who can fill the shoes of the popular and much-accomplished Mr. Hitt, who steps down on June 30. During his 25-year run as president, he helped the state school to become one of the largest universities in America. During Mr. Hitt’s tenure, UCF’s enrollment ballooned from just over 21,000 students when he began to upwards of 66,000, and the campus grew proportionately. Added were more than 100 buildings, including a medical school and a football stadium. Today, plans are underway for a new campus in downtown Orlando as well as construction of a teaching hospital.

“We have been talking to individuals about this position and they know about UCF, and the past couple weeks of press have not hurt at all,” Parker Executive Search’s president Laurie Wilder recently told the school’s search committee, according to the Orlando Sentinel. “But I think they knew about UCF before the football championship. I really think they knew it from the trajectory you’ve been on, both academically from the student’s success also from the research perspective. Your name recognition is outstanding on a national basis.”

Ms. Wilder said some would-be candidates were reluctant to pursue the UCF job because of Florida’s sunshine law, which makes details of the search open to the public, including the names of candidates. “Our biggest concern right now is the open process that is required in the state of Florida,” the Sentinel quoted Ms. Wilder as telling the committee. “That is giving some individuals great pause, and as we have talked to sitting presidents it is obviously a massive concern for them.”

Parker Executive Search has worked with UCF on earlier searches, including those for provost, vice president for academic affairs and athletics director. According to the Orlando Business Journal, the firm is charging the school a flat fee of $155,000 plus expenses.

Compensation for the new president has yet to be determined, but is reportedly expected to range from $514,000 to $905,000 in total compensation, based on a sampling of potential packages.

The 15-member UCF search committee is chaired by trustee David Walsh, with trustee Beverly Seay serving as vice chair. The panel’s members include those from the school’s board of trustees, the board of governors, faculty, staff, students, alumni and others in the UCF community.

Parker is reportedly looking at both traditional and non-traditional candidates, including those with previous relations with the school or other connections to the area.

Among the qualifications that UCF wants for the role are: A high level of integrity; a strong personal and professional academic background; a sense of commitment to undergraduate education, as well as a dedication to and understanding of graduate and professional education and research; a commitment to inclusion and diversity; a record of building, nurturing and working with a high caliber leadership team; a record of partnership and spirit of entrepreneurship; a willingness to make strategic choices, timely decisions and responsive actions; and the ability to acquire resources from a variety of sources, including fundraising.

The University of Central Florida, established in 1963, began classes in 1968. The school was originally known as Florida Technological University. Today it has 13 colleges and offers more than 215 degrees from its main campus, hospitality campus, health sciences campus, online and 10 regional locations. It offers 95 bachelor’s and 87 master’s degrees, 28 research doctorates, three professional doctorates and three specialist degree programs. Its downtown campus, a partnership with Valencia College, is scheduled to open next year.