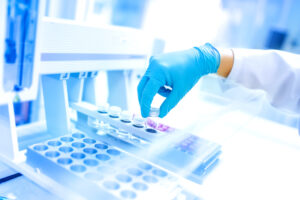 March 14, 2022 – Partner Suzanne Zebedee of ON Partners recently placed Kevin Corcoran as the new chief executive officer of Santa Cruz, CA-based Nooma Bio Inc., an innovator in the use of dual-nanopore technology to detect genome-wide structural and epigenetic variation. “After almost two years as Nooma’s CEO, I am delighted to welcome Kevin to the team,” said company co-founder Murielle Thinard-McLane. “He is uniquely suited to lead Nooma’s transition to the next phase of the company’s development and growth. After successfully demonstrating an ability to electronically map small genomes, Nooma is now poised to accelerate development and bring this transformative tool to the life science research market.”

Mr. Corcoran has more than 30 years of experience developing and commercializing advanced genomic technologies. Prior to joining Nooma, he served as vice president and general manager at Agilent Technologies and as SVP of marketing at Pacific Biosciences. Before that, Mr. Corcoran was president and CEO of Lynx Therapeutics, where he was responsible for the development and commercialization of the company’s massively parallel short-read sequencing technology. He was also previously vice president and general manager of Applied Biosystems’ DNA Genetic Analysis business.

“I am extremely thankful for Murielle’s help and guidance as we transition Nooma’s leadership and I am delighted that she will continue to contribute to Nooma’s future as a member of the board,” said Mr. Corcoran. “I’m excited to have this opportunity to develop and commercialize a differentiated technology platform that can power new breakthroughs in cancers, aging-related diseases, and other conditions driven by structural and epigenetic variations.”

Launched in 2020 with seed financing from Khosla Ventures, Nooma was founded to accelerate the development and commercialization of the patented dual-nanopore technology. The company is developing a proprietary dual-nanopore technology that enables scientists to unlock genome-wide structural and epigenetic variations that drive human health. The company’s innovative platform produces ultra high-resolution genome and epigenome maps by performing repetitive electronic scans of oligo-tagged DNA molecules in a matter of seconds.

With a primary focus on technology, consumer, industrial, and the life science sectors, ON Partners recruits C-level and board talent for public and private companies, as well as venture capital and private equity firms. Founded in 2006, the firm’s consultants work from offices in Atlanta; Boston; Chicago; Cleveland; Dallas; Menlo Park, CA; Minneapolis. MN; San Francisco; and New York. ON Partners was named one of the fastest growing search firms this year by Hunt Scanlon Media. The firm is now ranked as one of the 20 largest search firms in the nation.

Dr. Zebedee has devoted more than 20 years to executive search with a focus on the life sciences, specializing in biotechnology, diagnostics, research tools, and pharmaceuticals sectors of healthcare. Functions she has served include C-level and top-level research, development and commercial executives for public, private, and VC-backed organizations. An executive committee member at ON Partners, Dr. Zebedee has served as senior client partner and co-leader of the biotechnology practice at Korn Ferry, vice president of business development for two venture-backed companies and held research positions at the R.W. Johnson Pharmaceutical Research Institute, Pharmacia, and SIBIA.

ON Partners recently assisted in the placement of Zack McGahey as chief operating officer of Antheia, a synthetic biology company enabling next-generation plant-inspired medicines. Partner Suzanne Zebedee and consultant Clint Keller led the assignment. Mr. McGahey, former vice president of manufacturing and capex engineering at Zymergen, joins Antheia to operationally oversee its transition from pilot scale to commercial scale manufacturing. “We are thrilled to welcome Zack to the Antheia team at this exciting time in our company’s trajectory,” said Christina Smolke, CEO at Antheia. “Zack’s wealth of experience overseeing manufacturing at some of the most innovative companies worldwide will play an instrumental role in guiding Antheia as it embarks on this next phase of our journey.”