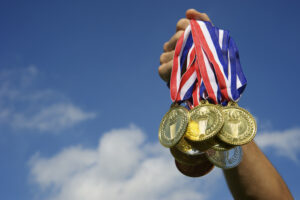 January 11, 2022 – Odgers Berndtson has been appointed to find five independent directors, including the president, to serve on the organizing committee for the 2032 Olympic and Paralympic Games in Brisbane. Federal Minister for Sport Richard Colbeck said a “rigorous recruitment process will ensure an unparalleled line-up of board directors working in the best interests of Queenslanders and all Australians.” The Australian and Queensland governments said they will work with Odgers to identify the officials, at least one of whom should be an Aboriginal or Torres Strait Islander. The chosen representatives will be determined by prime minister Scott Morrison and Queensland premier Annastacia Palaszczuk. “I’m delighted that the Australian and Queensland governments will work with Odgers Berndtson to identify, attract and secure the best talent for these important positions,” said Ms. Palaszczuk. “The organizing committee will be responsible for driving Brisbane 2032 forward and delivering a great Olympic and Paralympic Games. To do this we need to recruit the best people in the world.”

Ms. Palaszczuk said the appointment of Odgers Berndtson as its executive search partner would attract people with world-class skills and experience. “I’m delighted that the Australian and Queensland governments will work with Odgers Berndtson to identify, attract and secure the best talent for these important positions,” she said. 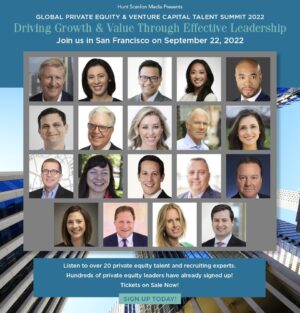 Australian Olympic Committee (AOC) chief executive officer Matt Carroll said the five roles are vital in delivering the Games and the legacies. “These independent positions are important,” he said. “From the AOC perspective, there’s such a great opportunity to supercharge sport in Queensland and Australia more broadly. The right people will help us achieve that goal.”

The independent directors will complement the OCOG Board’s diverse range of skills and experience. Ms. Palaszczuk said the OCOG board directors need to reflect the diversity of communities in Queensland and across Australia.

The Organizing Committee for the Olympic Games (OCOG) board will be made up of the following: five independent directors jointly agreed by the premier and prime minister (with one being the president and at least one being Aboriginal or Torres Strait Islander); four persons nominated by the prime minister; four persons nominated by the premier; the lord mayor of Brisbane; one person nominated by the lord mayor; the president or honorary life president of the Australian Olympic Committee; the president of Paralympics Australia (PA); any member of the International Olympic Committee (IOC) residing in Australia; any member of the International Paralympic Committee (IPC) Governing Board residing in Australia; the CEO of the AOC; a recent Olympic athlete as confirmed by the AOC Athletes’ Commission; and a recent paralympic athlete as confirmed by the PA Athletes’ Commission.

Odgers Berndtson delivers executive search, leadership assessment and development strategies to organizations globally. The firm’s 250-plus partners cover more than 50 sectors and operate out of 59 offices in 29 countries. The U.S. wing of the firm launched in 2011 and has been one of the fastest growing search firms in the Americas. It now ranks No. 12 on the Hunt Scanlon Top 50 Recruiters ranking.

Odgers Berndtson recently named Troy de Haas as partner and head of its sports and entertainment practice for Asia-Pacific. “Troy joins us just as the Asia-Pacific region is gathering rapid momentum in hosting more and more major global events,” said Mark Braithwaite, managing director at Odgers Berndtson APAC. “As a firm, we have been operating globally in the sports sector for many years, but recent expansion of our team in the U.S. and now in APAC completes our capability to support global sports organizations in attracting the very best leadership talent.”

“Together with my experience and insight combined with Odgers Berndtson track-record which has included the IOC, IAAF, Rio 2016 Olympics, London 2012 Olympics we can forge a formidable presence,” he said. “I look forward to working with the most significant federations, governing bodies, leagues, teams and agencies to provide industry dedicated executive search tailored to Asia-Pacific with global capability.”

Related: Odgers Berndtson Recruits CEO for the Port of Gulfport