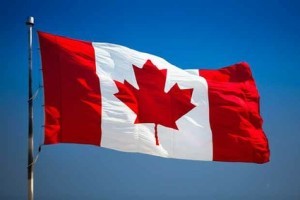 July 17, 2015 – Executive search firm Odgers Berndtson has been selected by the Government of Canada to lead its search for a new president and chief executive officer of the Atomic Energy of Canada Limited (AECL). Eric Slankis, a principal in Odgers Berndtson’s Ottawa office, is heading the assignment.

With more than 15 years of executive search experience, Mr. Slankis has led hundreds of searches in both the public and private sector. He has recruited CEOs for companies including Canada Lands Corporation, Farm Credit Canada, Windsor Detroit Bridge Authority and Canadian Commercial Corporation.

The Atomic Energy’s new president and CEO will be responsible for providing strategic guidance, oversight and leadership to the AECL and is accountable to the AECL board of directors for the administration of contractual arrangements for the operation and management of AECL’s nuclear laboratories.

Odgers Berndtson provides a wide range of recruitment services for leading organizations in private and public sectors, including board level and executive search, management assessment and international assignments.