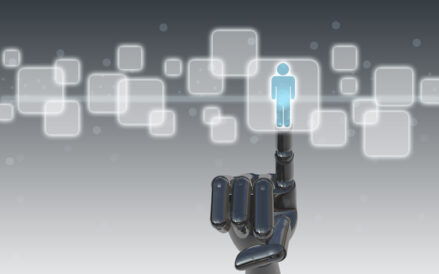 February 28, 2022 – Data, analytics, and AI responsibilities are led by those in roles that include chief data and analytics officer, chief data scientist, and head of machine learning or AI. But what backgrounds do these executives come from, how much are they paid, and how diverse are the roles they are being drawn to? It’s all found in a new Heidrick & Struggles’ “Data, Analytics, and Artificial Intelligence Executive Organization and Compensation Survey” report, which examines both organizational structure and compensation for executive roles with AI and/or data analytics responsibilities. The report was authored by Ryan Bulkoski and Kristin van der Sande.

“We noted a couple of major takeaways,” said Mr. Bulkoski, partner in Heidrick & Struggles’ San Francisco office and global head of the firm’s data, analytics, and artificial intelligence practice. “First, a difference in compensation between U.S. and Europe is significant, especially given how much heavier the top packages in Europe are weighted toward total cash compensation vs. the U.S. The other key finding was the differences in compensation between industries; our data shows the financial services and tech sectors leading in this area, with healthcare, industrial and consumer lagging in comparison,” he noted.

“We have seen more talent develop at the junior levels, but the demand for talent at the senior and leadership levels is drastically higher than the supply available,” Mr. Bulkoski said. “Because of this, as well as the rapidly growing nature of the industry, companies that want to fill these roles need to act quickly. Additionally, organizations are looking for candidates who not only fill the role in terms of skills and characteristics but who can also tell a story and create connection around the role,” he said.

In terms of experience, data, analytics, and AI leaders most often had experience in financial services and consumer, retail, and media (the same industries they most often work in today). Across Europe and the U.S., financial services was the most common source of experience. However, consumer, retail, and media came second in the U.S., at 42 percent. Technology and telecoms was second in Europe, at 38 percent, compared to 33 percent in the U.S.

“Some analytics leaders have come from prior industry roles; but historically, most of the leaders in machine learning and AI roles came from research environments, such as academia, the public sector, or tech companies,” said Mr. Bulkoski. “Within the past 12 to 13 years, we have started to see this type of experience increasingly get pulled into the private sector. Many companies are going through this transition for the first time, and are having to create environments that are more familiar to the types of settings AI and machine learning leaders have traditionally been accustomed to working in,” he said.

Notably, more than half of the executives Heidrick surveyed, 52 percent, had been in their role for less than three years, and nearly three-quarters, 74 percent, were in a role that existed at their company less than five years. Longevity in a role could have a number of reasons: a high level of turnover, perhaps, or a change in strategic priorities resulting in demand for a first-time executive leader responsible for the function, moving the responsibility from a manager or director, the authors said.

The data, analytics, and artificial intelligence function is historically one that has been lacking in diversity, though the authors said they have observed a number of initiatives to introduce greater diversity in terms of gender, race and ethnicity, and sexual orientation. The majority (65 percent) of data scientists in the U.S. were men. The ethnicity statistics were even less promising: in the U.S., black professionals represented just five percent of the tech workforce and three percent of tech executives.

Most of the executives who responded to the survey, 66 percent, were in global leadership roles (77 percent in Europe and 56 percent in the U.S.). The regional difference may be because the U.S. economy is larger than European economies; it may be that far more countries headquartered in Europe have more global operations than those in the U.S., the study said.

Executives in data, analytics, and AI roles said that they worked most often with the marketing and customer engagement functions, followed by operations and sales/go-to-market. This held true across Europe and the U.S. Most executives reported teams of 25 people or fewer, though in the U.S. there was a wider variety of team sizes, ranging from one to more than 200.

“While the large majority of data analytics and AI leaders are responsible for data science, artificial intelligence and machine learning, business intelligence and analytics functions, reporting structures often dictate additional functional responsibilities,” the Heidrick report said. “We can speculate that data architecture, platform and warehousing roles more likely sit in the core IT organization. If the data analytics leader sits in the business, those functions sit elsewhere. If instead, they report to technology, it’s more likely they have ownership for these technical functions.”

In both regions, the U.S. and Europe, the Heidrick & Struggles report found that companies recognized a competitive advantage by building up top-notch AI organizations that enable them to have the right access and use of data. Globally, data, analytics and artificial intelligence executives most often reported to the CEO. However, there was a notable regional variance. In the U.S., they most often reported to the CTO or senior engineering executive, followed by the CEO and then the CIO. In Europe, the CEO was followed by the COO or chief administrative officer. This difference in reporting lines could be related to the function being relatively new in Europe, whereas it is more established in the U.S.

“That means that in the U.S., data ownership has historically sat in the technology function, and it is still slowly moving out of IT and into the business, as CEOs and boards increase their focus on the importance of data and analytics,” the Heidrick report said. “In Europe, with stronger regulations about the use of data, as well as less historic time with the role, it appears that data leadership roles have been integrated into the business faster than those in the U.S.”

Reported median cash compensation for data, analytics, and artificial intelligence roles in Europe was $409,000. In the U.S., it was $546,000. Median total compensation, including any annualized equity grants, was $616,000 in Europe and $914,000 in the U.S. The data leadership role seems to be valued more in the U.S., both from a cash perspective and an equity perspective—only 17 percent of respondents reported receiving some form of sign-on equity in Europe. As European companies continue to seek global talent, especially from the U.S., greater consideration needs to be given to granting equity as part of the overall compensation package, Heidrick said.

In terms of equity, 34 percent of executives received annual equity in the form of restricted stock units (RSUs)—30 percent did so in Europe and 38 percent did in the U.S.

Related: Attracting Top Talent in the Age of AI