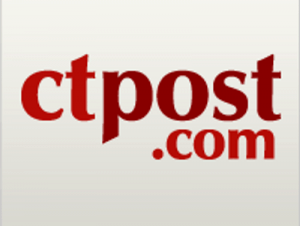 February 1, 2017 – Few media companies retained their market shares once the internet disrupted business at the turn of the century. Headquartered in Greenwich is an outlier, Hunt Scanlon Media. Founded in 1988, Hunt Scanlon is the brainchild of its co-founders Chris Hunt and Scott Scanlon. Its goals and services have evolved, but the firm’s ability to adapt has helped it maintain dominance in the billion-dollar executive search industry, Scanlon said in a recent interview.

“There really isn’t a comparable company to them,” said Carrie Pryor, founder of local boutique search firm for media and technology executives Greenwich Harbor Partners. “Every so often you hear of someone trying to do what they do, but there aren’t any real competitors. (Hunt Scanlon) has done this through thick and thin. They stayed the course and are highly regarded.”

Pryor’s firm is included and advertises in this search-firm directory, she said, and it’s things of that type that she views as “very forward-looking” of Hunt Scanlon.

One Hunt Scanlon report looked at companies opting for in-house recruiting, instead of contracting out the service. Analysis like that helps search firms stay atop of what’s going on in the industry, she said.

Hunt Scanlon’s most recent updates including transforming its writing and reports to be included by Google News and rolling out a new website and mobile platform.

“When we started the business, the internet wasn’t even around,” Scanlon said, “and now we’re building a global digital platform.”

Hiring young talent to help the firm adapt to technology and generational expectations has been a priority in accomplishing this, the co-founders said.

When Hunt and Scanlon founded the firm, they were both in their 20s. Leading many of the firm’s recent changes are millennials, its vice president of media and digital content, Chase Barbe, and director of marketing and brand development, Michael Wasulko

As of a few years ago, Hunt Scanlon’s website featured a single feed of the firm’s newswire. This month, Barbe’s team unveiled Hunt Scanlon’s redesigned site that showcases two columns of content as well as a specially formatted mobile platform.

Already, mobile comprises about half the firm’s traffic, Scanlon said, and studies show that number will grow significantly in the next few years. In addition, traffic from articles displayed by Google News make up a big chunk of the firm’s audience. There’s no playbook explaining how to get accepted by Google News, so Barbe spent months figuring out how to write and display Hunt Scanlon’s work to have it included, he said.

For May, Wasulko is planning a Hunt Scanlon conference that will host search firms and investors at the Harvard Club in Manhattan.

Hunt Scanlon Media has been informing the senior talent management sector for over 25 years. Our global news and intelligence data comes in many forms, including daily newswires, talent leadership reports, newsletter briefings and social media alerts. The privately-held company is headquartered in Greenwich, Conn.

Improving Cyber Governance: How CISOs and Boards Can Partner for Success