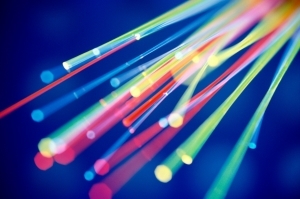 October 18, 2017 – Demand for top technology executives continues to gain momentum. CTO hiring, in fact, is expected to grow by 18 percent by 2022, according to the U.S. Bureau of Labor and Statistics. It’s a trend that has kept executive search firms well occupied.

In his new role, Mr. Bartlett will become a key figures in the organization and will take the lead in developing Panasonic’s technological roadmap. “Panasonic has been dominating the IFE market for many years, and is now preparing for a new wave of innovation as the industry continues to evolve,” said Mr. McDermott. “His storied career has shaped him into the perfect fit for Panasonic’s culture and vision, and we are honored to have helped him find his way into the CTO seat.”

Mr. Bartlett has led organizations in the IT and aerospace industries, winning notoriety as a visionary and builder. He served with IBM for almost two decades, and became known as “the building whisperer” in the Silicon Valley community when he spearheaded IBM’s Smart Buildings initiative. Mr. Bartlett later served as CTO of GE Aviation, where he focused on building intelligent aircraft and airports. Most recently, he was CTO and global SVP of R&D at Current by GE.

Panasonic Avionics Corp. is a global supplier of inflight entertainment and communications systems. With over 275 airline customers and annual revenue of over $3 billion, Panasonic Avionics is among the most successful subsidiaries of its parent company, Panasonic Corp.

McDermott & Bull was founded in 2001. Its practice leaders all have substantial executive experience and serve public and private companies across most industries. Since the advent of MB Interim Leaders in 2011, McDermott & Bull has served both the permanent and interim needs of its clients. Its clientele includes: CoreLogic, Epson America, Hyundai Capital America, In-N-Out Burger, Kaiser Aluminum, Unified Grocers, Cisco Systems and Chicken of the Sea, among others. Also, the firm’s executive network program helps senior-level executives build relationships with C-Suite and VP-level executives nationwide.

A number of executive search firms have placed CTOs in recent months. Here’s a look at a few from the Hunt Scanlon Media archives:

Calibre One recruited Artem Fishman as chief technology officer of music streaming service SoundCloud. Partner Thomas Green led the assignment. In his new role, Mr. Fishman will be responsible for leading the company’s international engineering organization, in addition to shaping its technical vision and strategy.

WinterWyman placed Aatish Salvi as chief technology officer at Teikametrics. Senior VP and partner Tracy Cashman led the search. As CTO, Mr. Salvi will execute Teikametrics’ vision and scale its market-leading technology platform while also overseeing the firm’s engineering and product teams. Previously, Mr. Salvi was vice president of engineering for Nanigans Inc., where he led a team of developers for its marketing automation platform.

Check Out These Related Articles On Searches for Chief Technology Officers: