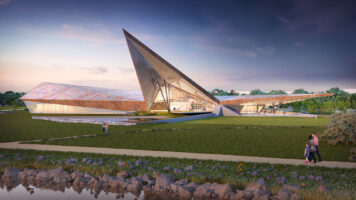 April 15, 2021 – Lindauer has been called in by the United States Marshals Museum in Fort Smith, AR, to lead its search for a foundation president and chief development officer. The assignment is being spearheaded by Libby Roberts, senior vice president, and senior consultant Megan Abbett.

“The successful candidate will be a seasoned professional who thrives when faced with the opportunity to bring an organization to its full potential,” said Ms. Roberts. “They will have demonstrated success in working with individuals, corporations, and foundations on a national level and be strategic in creating opportunities for donors to support this nationally scoped museum located in Fort Smith, Arkansas. The U.S. Marshals Museum is in the midst of a $48 million campaign and the foundation president and chief development officer will partner with the dynamic president and CEO of the museum and highly engaged board to successfully conclude the campaign.”

“This position is unique in that the museum is an economic driver for the Fort Smith community and the Northwest Arkansas region overall,” said Ms. Abbett. “The foundation president and chief development officer will impact not only the work of the museum but the larger community as well – the impact of this role goes far beyond the museum which we feel makes it an incredibly attractive and compelling opportunity.”

The United States Marshals Museum is dedicated to honoring the history of the U.S. Marshals —the oldest law enforcement agency in the country. The museum is on the cusp of becoming one of the nation’s top experiential museums. The foundation president and chief development officer will be expected to work closely with the president and chief executive officer of the museum, museum and foundation board members, and leaders in the Fort Smith community. This leader will have the opportunity to complete the museum’s $48 million campaign currently underway while partnering with the highly engaged board and museum president to lay the foundation for a future endowment campaign, according to Lindauer. This executive will act as the chief fundraiser and ambassador; raise community awareness of the United States Marshals Museum’s mission, goals and accomplishments; and serve as a key spokesperson for the organization in its efforts to attract and retain donors, funders and partners.

The ideal candidate will bring experience within the museum and/or cultural arena, demonstrated success developing relationships with key donors and prospects that result in substantive major, planned and transformational gifts, and a keen understanding of how to identify and develop relationships on a national scale.

Not only will this position contribute to generations of learners understanding the U.S. Marshals, but success in this role will also impact the local community of Fort Smith with the economic development that accompanies a nationally recognized institution, said Lindauer. In addition, the ideal candidate will be excited to join a team with a dynamic and visionary leader who believes strongly in the value of the development and communications effort being central to the organization’s success.

Lindauer serves higher and secondary education, hospitals and academic research centers, think tanks, research facilities and foundations, as well as advocacy, public service, social justice and other mission-driven non-profits. The firm has led searches for the Boston YMCA, Center for Applied Special Technology, Healthy Minds Innovations/Center for Healthy Minds, the University of Texas at Austin and the Cockrell School of Engineering, among others.