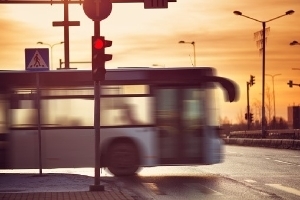 July 11, 2019 – Over the past year, a growing number of transportation companies have enlisted executive search firms to help them find senior talent. After a nationwide search, executive recruiting firm Krauthamer & Associates recently placed India Birdsong as general manager and CEO of the Greater Cleveland Regional Transit Authority. She will succeed Joseph A. Calabrese, who stepped down from the CEO role in September after 18 years. Interim CEO Floun’say R. Caver will return to his role as RTA’s COO/deputy GM of operations. The organization is currently detailing contract negotiations with Ms. Birdsong.

“We interviewed nine excellent candidates for this job over the course of many months,” said RTA board member Georgine Welo. “India stood apart. She’s personable, innovative and she understands public transit at every level, from the bus garage to the executive offices. Cleveland transit riders are about to get a champion and a passionate advocate.”

Ms. Welo said that the search committee sought input from the entire community as the process began and incorporated many suggestions into the job description. Besides the RTA board, Ms. Birdsong also met with Cleveland mayor Frank Jackson, Cuyahoga County executive Armond Budish and the executive committee of the Cuyahoga County Mayors and City Managers Association.

Ms. Birdsong is currently the chief operating officer of WeGo Public Transit, the public transportation authority for Nashville, TN. In that role, she is responsible for leadership of over 550 employees, including union and administrative staffers, two garages and maintenance shops, a commuter rail line and a downtown transfer central hub. Over the past year, the Nashville system has launched a number of improvements and initiatives, including updated bus routes with tracking services on a mobile app and tech upgrades like USB chargers and free Wi-Fi on buses.

Before joining the Nashville system in 2015, Ms. Birdsong spent nine years with the Chicago Transit Authority (CTA) where she held a variety of roles, including senior manager of bus supervision and instruction for the central region, leading operations for a CTA operating division, bus operator instruction and special events planning. She began her career there as an operations planner. Ms. Birdsong has been active in several transit industry organizations, including the American Public Transportation Association, the Transit Cooperative Research Program and the Conference of Minority Transportation Officials.

“Birdsong’s focus and emphasis on serving the people who ride the buses and trains spoke volumes to the board,” said Ms. Welo, who also serves as mayor of South Euclid. “You can tell immediately that India is a skilled listener. That’s what we expect in Cleveland. She’ll be listening to bus riders, public transportation advocates, her staffers – just about anyone with an opinion about public transit. Then, she has the ability to take that information and turn it into improvements that make the system run better for everyone.”

Odgers Berndtson Selected by the AAPA to Find New CEO
The American Association of Port Authorities has turned to global search firm Odgers Berndtson to find its next CEO, following the retirement of long-time leader Kurt Nagle. Vice chairman and partner Tim McNamara is leading the assignment along with partner and practice leader Conrad Woody.

In Cleveland, Ms. Birdsong will oversee 2,300 employees and a $218 million annual budget. The Greater Cleveland Regional Transit Authority is the public transit agency for Cleveland and the surrounding suburbs of Cuyahoga County. It is the largest transit agency in Ohio, providing over 44 million trips to residents and visitors of the Cleveland area last year.