Menu
View our Events
Stay Connected:
Chevy Humphrey joins one of the largest science museums in the world. A national and international leader in the museum field, she comes to Chicago from the Arizona Science Center in Phoenix. Her “effective, proven leadership skills” make her the right leader for Museum of Science and Industry, says the search committee chair. 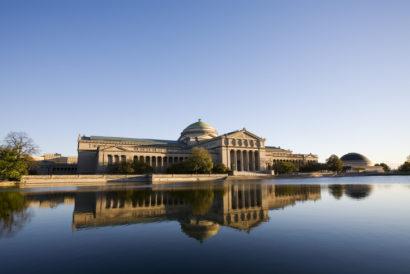 October 9, 2020 – Koya Leadership Partners, which recruits leaders for the non-profit sector, has assisted in the placement of Chevy Humphrey as president and CEO of the Museum of Science and Industry, Chicago (MSI), one of the largest science museums in the world. She becomes the first woman and black American to lead the organization succeeding David Mosena, who is retiring at the end of the year. Alison P. Ranney and Cheryl Stevens led the assignment.

“The Museum of Science and Industry is one of the brightest stars in Chicago’s cultural universe, and we eagerly welcome the historic appointment of Chevy Humphrey as the first black woman to hold the role as CEO and president,” said Lori E. Lightfoot, mayor of Chicago. “I personally look forward to collaborating with Chevy on new ways to inspire both our young people and visitors of all ages to engage with cutting-edge scientific advances, understand our rich history, and participate in our even richer future as a global leader in innovation and discovery.”

MSI trustee Michelle Collins chaired a search committee of trustees that led the global search with Koya Leadership Partners, a recruiting firm that specializes in placing CEOs in mission-driven roles.

“We chose Chevy because of her effective, proven leadership skills that make her the right leader for MSI in this next chapter,” said Ms. Collins. “It is an exciting appointment for a number of reasons, including her track record and commitment to science education, her international leadership within her field, and her deep desire to engage with Chicago’s many diverse communities.”

“Chevy Humphrey is extremely accomplished and has the energy, background and experience to step right into the job and build on David Mosena’s legacy of transforming the lives of Chicago’s youth through science education,” said Chris Crane, MSI board chairman. “Chevy has been pursuing effective strategies for years in Arizona. We couldn’t be more thrilled that she accepted our invitation to come to Chicago.”

Ms. Humphrey is a long-time, successful leader in the museum field. She has served as CEO of the Phoenix-based Arizona Science Center (ASC) for nearly 15 years. During her tenure at ASC, museum assets grew from $3 million to $42 million, annual revenues grew by more than 200 percent, and the number of annual visitors, onsite and offsite, to the science center has more than tripled. Prior to being named CEO in 2005, Ms. Humphrey served in multiple roles with the institution. Earlier in her career, she gained experience in development with the Phoenix Symphony and two institutions of higher education.

Ms. Humphrey is also recognized as a leader on national and international levels. She currently serves as chair of the board of the American Alliance of Museums, the largest international association of museums in the world. She was also selected by her peers as chair of the board of the Association of Science and Technology Centers, the organization that serves more than 500 science centers in more than 50 countries.

Ms. Humphrey, who starts her new job in January, said: “Leading MSI has been an aspiration of mine throughout my career. I am grateful to Arizona and the center for the opportunity to lead in their community. I am thrilled to be joining MSI and Chicago and look forward to being a part of this iconic institution at a critical time in our country’s history.”

Mr. Mosena has known Ms. Humphrey for years and called her: “Far and away the best leader I have ever met in the science museum field. We’ve been trading ideas for years and we both share a strong belief that museums are, above all, educational institutions with infinite power to engage young minds and expose them to the miracles of science. Chicago is very lucky to have her,” he said.

The Museum of Science and Industry, Chicago is the largest science center in the Western Hemisphere, is home to more than 35,000 artifacts and nearly 14 acres of hands-on experiences designed to spark scientific inquiry and creativity. The organization was established in 1933 and its mission is to “inspire the inventive genius in everyone by presenting captivating and compelling experiences that are real and educational.”

Boston-based Koya Leadership Partners is a national executive search and human capital consulting firm that works exclusively with mission-driven organizations, institutions of higher education and social enterprises. This year, the firm was again recognized by Hunt Scanlon Media as one of the top 50 search firms in the Americas. Last year, Koya was acquired by Diversified Search. With the combination of revenues and resources, Diversified Search and Koya now represent one of the largest non-profit and higher education practices in the executive search industry.

Ms. Stevens, vice president of executive search, focuses on senior-level searches and is also a key member of Koya’s board practice. She has been involved with CEO, president, executive director, and other senior-level searches for a broad range of clients including foundations, cultural institutions, membership organizations, and other non-profits. Representative clients include Feeding America, the United Way of Metropolitan Chicago, the Museum of Science & Industry, the American Academy of Arts & Sciences, Indianapolis Public Media/WFY, and Feed the Truth.