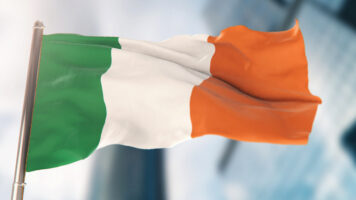 June 17, 2022 – Kennedy Executive Search, a network of independent executive search firms, has added Dublin-based Vista Executive Search as its first partner in Ireland. Vista becomes the 15th partner firm for Kennedy, bringing the total number of offices in Europe, North America, Latin America, and Asia to 24. “Many of the world’s most successful companies have chosen Ireland as a critical hub for their global headquarters, R&D centers, and manufacturing and service operations,” said Pablo Perella, president of Kennedy Executive Search. “Ireland has incredible talent and is well-known for the highly developed ecosystem fostering innovation for many industries.”

Mr. Hoffman was introduced to Kennedy’s Frank Knudsen of DNA Headhunting & Executive Search, Kennedy’s partner in Copenhagen, who approached him. “Frank wanted a reference check on someone I worked with,” said Mr. Hoffman. “While we were talking, he mentioned the Kennedy Executive network. As an Irishman, the name Kennedy obviously struck the right chord. Plus, I had been looking for a way to expand my horizon both professionally and personally. Joining an international network like Kennedy, with like-minded, senior, and experienced consultants and business owners, will allow me to do both.”

“On the one hand, it will introduce me to potential clients outside Ireland’s borders, and on the other hand, I can learn from the experience and insights of the other partners,” said Mr. Hoffman. “I am delighted to join Kennedy and can’t wait to benefit from what this brings.”

Mr. Hoffman has a career of nearly 24 years in sales, marketing, and general management in multiple industries. He was CEO of the Sales Institute of Ireland, allowing him to work closely with business leaders in telecom, IT, FMCG, and financial services to support their business operations. Before Vista, Ms. Donehy was office manager for PMI Software for many years. She now uses this experience in her role with the Vista people team, running the office and managing all logistical and administrative operations. Dan McKeown, an associate partner with Vista, has a 20 year background in recruiting in particular financial services. He also looks after the psychometric testing reports.

Kennedy Executive Search offers “360 talent management,” as the firm calls it, from executive search to coaching during a placement’s integration period, and a host of other talent and leadership consulting services.

Kennedy Executive Search has elected Pablo Perella-Berdun as its new president and Frank Knudsen as vice president. The election is a consequence of the network’s economic interest group (EIG) structure. In an EIG, all partners become equal stakeholders and together elect their leadership each year.  “It’s been an exhilarating ride leading Kennedy through 2020,” said Caroline Frisenberg, parting president.

Frank Schulz Human Capital Consulting was founded in 2013 by executive search veteran Frank Schulz. The firm offers services in executive search, career counseling, outplacement, and assessment with a focus on European and Japanese companies based in Japan and Europe. The organization serves a diverse range of industries including, but not limited to, industrial, engineering, consumer, life sciences and insurance. Mr. Schulz has lived in Japan for over 20 years. He first entered the executive search sector when he joined Deloitte & Touche in Duesseldorf in 1999. He moved back to Japan in 2003 to work for Transearch International in Tokyo. In 2006 Mr. Schulz co-started the Tokyo office of Kienbaum Japan.