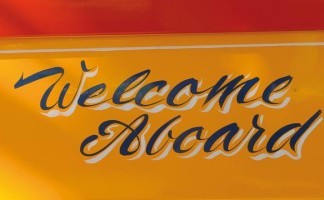 Mr. Cronin’s 25-year career has spanned across Florida, Georgia, North Carolina and South Carolina. His experience includes business and economic development, international trade, logistic, and operations in both the private and public sectors.

Barbara Wilhite, the Pasco Economic Development Council chairwoman, said that Mr. Conin’s breadth of knowledge and experience helped him stand out from the crowd.

“Pasco County is at a pivotal moment for economic growth,” said Ms. Wilhite. “We looked for a leader that could harness the momentum started under John Hagen’s leadership and take it to the next level. We are confident Bill is that person to lead our organization forward.”

“The experience Bill brings with him from Atlanta and Charlotte in creating jobs is a tremendous advantage for PEDC and the community,” said Pasco County Commissioner Ted Schrader. “This is an exciting time in Pasco County.”

Pasco Economic Development Council was created in 1987 to foster the economic and business development opportunities of Pasco County, Florida. It is a private, non-profit organization that strives to create a sustainable and diversified economy with corporate and public investments. Its mission is to lead Pasco County in the creation of a sustainable and diversified economy.

Jorgenson Consulting is currently leading the CEO search for the president and CEO of Greater Dalton Chamber of Commerce. The firm recently recruited a CEO for Greensboro Partnership and placed the president of the Saratoga County Prosperity Partnership Inc.

The economic strength of the non-profit sector has increased in recent years and the sector is now the third largest employer in the U.S. Nearly two million non-profit organizations employ 10.7 million people and produce revenue in excess of $1.9 trillion.

According to recruiters, however, finding talent can be problematic within the industry. According to the Nonprofit HR’s Employment Practices Survey, 33 percent of respondents say that finding the right talent the biggest staffing challenge they face.