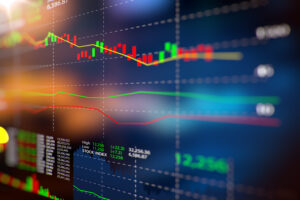 “Last week’s figure is still a low level of claims consistent with extremely tight labor market conditions,” Nancy Vanden Houten, lead U.S. economist at Oxford Economics, said in a report. “We expect initial claims to remain around 200k or lower as employers, who continue to struggle to attract and retain workers, are likely to keep layoffs to a minimum.”

“That is still a low level of claims consistent with extremely tight labor market conditions,” economists with Oxford Economics said. “We expect initial claims to remain around 200k or lower as employers, who continue to struggle to attract and retain workers, are likely to keep layoffs to a minimum.”

Employers added 678,000 jobs in February, the largest monthly total since July, while the unemployment rate dropped to a pandemic low of 3.8 percent. The new jobs numbers for March are released tomorrow.

Federal Reserve chair Jerome Powell reiterated his assessment of the labor market’s strength last week, just days after calling the current job market “tight to an unhealthy level” in his post-Fed meeting press conference last week. “The labor market has substantial momentum. Employment growth powered through the difficult Omicron wave, adding 1.75 million jobs over the past three months,” Mr. Powell said in a speech Monday. “By many measures, the labor market is extremely tight, significantly tighter than the very strong job market just before the pandemic.”

“Demand for labor remains strong, apparent in the near-record levels of job openings which are far outpacing the number of unemployed in the economy,” Rubeela Farooqi, chief U.S. economist at High Frequency Economics, said in a research note. “That should keep layoffs low, for now.”

U.S.-based employers announced 21,387 cuts in March, up 40.3 percent from the 15,245 cuts announced in February. It is the highest monthly total since October 2021, when 22,822 cuts were announced, according to a report just released from global outplacement and business and executive coaching firm Challenger, Gray & Christmas, Inc.

“There appears to be a return of a healthier churn in the labor market,” said Andrew Challenger, senior vice president of Challenger, Gray & Christmas. “Some U.S. employers report hiring is getting easier, particularly with the incentives many companies put in place to attract and retain talent. Meanwhile, inflation impacts and war concerns are causing workers who were depending on savings or investments to seek out paid employment.”