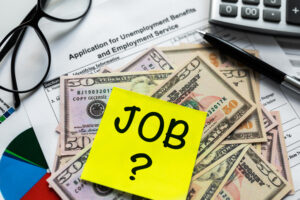 Still, economists say the labor market has a long way to go before reaching normalcy after national reads on employment over the last three months have mostly failed to impress them. “Overall, the labor market is on a gradual path of improvement. However, shortages — evident in the high level of job openings, which continue to outpace the number of unemployed individuals, — are preventing a stronger recovery,” wrote Rubeela Farooqi, chief economist for High Frequency Economics, in a note.

“Our expectation remains that as the cushion from savings continues to diminish, and assuming the virus does not disrupt activity once again, supply constraints will ease,” Ms. Farooqi added. “That will not only provide a boost to job growth but will also help lift participation and take pressure off wages.”