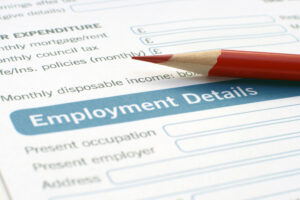 Earlier this month, the government reported America’s employers added 428,000 jobs in April, with the unemployment rate coming in at 3.6 percent, just above the lowest level in a half-century. Hiring gains have been strikingly consistent in the face of the worst inflation in four decades, with employers adding at least 400,000 jobs for 12 straight months.

“Claims are still at very low levels, underscoring historically tight labor market conditions,” said Nancy Vanden Houten, lead U.S. economist at Oxford Economics. “We expect initial claims to remain below (200,000) in the weeks ahead, as employers, who continue to struggle to attract and retain workers, will keep layoffs to a minimum.”

Job cuts in the United States rose for a second month in a row in April as employers assessed costs and the growing risk of inflation in a labor market that has mostly seen record demand for workers over the past year, employment tracker Challenger, Gray & Christmas Inc showed on Thursday.

U.S. employers announced 24,286 cuts in April, a 14 percent increase from the 21,387 tracked in March and up six percent from the 22,913 cuts monitored in April 2021, the firm’s latest monthly report showed. It was also the first time in a year when job cuts were higher than the corresponding month a year earlier.

“Job cut plans appear to be on the rise, particularly as companies assess market conditions, inflationary risks, and capital spending,” said Andrew Challenger, senior vice president of Challenger, Gray & Christmas. “Despite this, job openings are still at record highs. Workers who are being cut will have lots of opportunities and will likely land quickly.”

While job cuts rose for a second month in a row, the number of layoffs — 79,982 — were the lowest recorded in total between a January to April period, the data showed.

Separately, private payrolls processor ADP reported on Wednesday that private employers in the United States added 247,000 jobs in April, just about half of March levels and the smallest in two years as the labor market hovered at full employment.