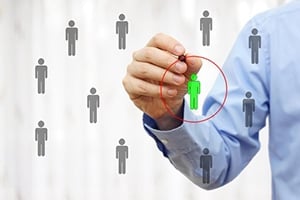 August 2, 2018 – Rockville, MD-based search firm JDG Associates has placed J. Lee Covington as the new president of the Surety & Fidelity Association of America (SFAA). Lynn M. Schubert, the group’s current president, announced in December that she would be retiring at the end of this year. Paul Belford, principal at the recruitment firm, led the search.

“In the past 22 years, Lynn Schubert has transformed the SFAA into the thought leader and trusted adviser for the surety and fidelity industry, as well as for government agencies and legislators,” said board chair Larry Taylor. “Now the industry marks the beginning of a new era with Lee Covington.”

SFAA was seeking someone with experience in the insurance and finance fields as well as knowledge of the surety and fidelity industry. Candidates were also required to possess leadership abilities, including experience in working with CEO-level executives of national firms.

Mr. Covington, who starts his new role at the end of the year, proved to be an ideal fit. Currently, he is senior vice president of governmental affairs and general counsel for the Insured Retirement Institute, a position he has held since 2009. He leads the group’s legislative and regulatory initiatives at both the federal and state levels.

Mr. Covington’s focus on insurance law began in 1993 when he rose to become deputy commissioner of the Arkansas Insurance Department. He later became director of the Ohio Department of Insurance, where he served on the executive committee of National Association of Insurance Commissioners, and then moved to positions of influence on the national stage in Washington D.C.

“It has been my honor to serve the SFAA,” said Ms. Schubert. “I am thrilled to turn over the reins to such a capable leader who will take our vibrant organization of experienced staff and active member company representatives and enhance it for the membership and the entire industry.”

Mr. Covington said he was looking forward to the challenges ahead. “It is an honor to become president of the SFAA and I welcome the opportunity to lead the organization as it continues to achieve its mission and seize new opportunities to expand the use of the valuable products and services offered by the association’s members,” he said.

In his new role, Mr. Covington will be responsible for all aspects of SFAA’s work, including its member services as well as external activity, said the search firm. He will manage the financial viability of the association, balancing services against current market conditions, and oversee and provide guidance to the board on all management issues, including staffing and benefits.

SFAA, founded in 1908, is licensed as a rating or advisory organization in all states. The association has been designated by state insurance departments as a statistical agent for the reporting of fidelity and surety experience. SFAA serves as a trade association of more than 400 insurance companies that write the vast majority of surety and fidelity bonds in the U.S.

Mr. Belford has completed nearly 300 association searches during his career, mostly for CEO roles. A professional search consultant since 1990, he joined JDG Associates in 1993. His clients have ranged from regional and state groups with staffs of 10 or fewer to national organizations with budgets up to $75 million. He has worked with trade associations and professional societies from a wide range of service areas, including heavy industry, information technology, finance, healthcare, engineering, government relations, communications, finance and administration.

Check Out These Related Articles On Searches For Trade Associations: