Menu
View our Events
Stay Connected:
Not all recommendations are created equal. Someone you know might be a great fit for your job opening, says Paul Manning of The Bowdoin Group. But not always. Here, he offers some tips for making the right choice. 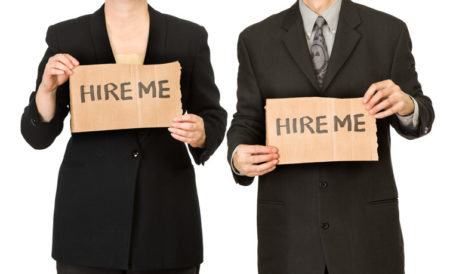 March 17, 2020 – We’ve all heard someone say, “I’ve got the perfect person for this job.” You’re probably thinking, “Great. That makes my life easier.” But what if the recommender is biased? What if there’s a much better candidate out there? What if the person being referred is the best candidate? A new report by Paul Manning of The Bowdoin Group shares a proven process for determining whether someone you know is actually who you should hire.

“As an executive search firm, our mission is to find the best person possible for a job, and we often deal with situations where internal candidates or employee referrals are thrown into the ring,” said Mr. Manning. “Sometimes the ‘best’ is someone you already know, but not always.”

Here is Mr. Manning’s process for determining whether someone you know is actually who you should hire:

Think about it: How many people from your network would you highly recommend for an executive position? “In our experience, that number is not high—typically around three to five,” Mr. Manning said. “People don’t give referrals lightly, especially if it’s for a job at their current organization.”

Executive search firms scour the market and assess every single candidate to determine who can do the job best—referrals and in-house candidates included. With an objective perspective and proven, vetted methodologies for assessment, Mr. Manning said you’ll know (rather than just hope) that your hire is the best possible person for your job, which is absolutely critical for executive roles.

The Advantages of Hiring Someone You Know

In addition to the obvious advantages like reduced time to hire, lower costs and greater employee engagement, Mr. Manning offered two “intangible” advantages to hiring someone you know:

Paul Manning is managing director, software and technology, at The Bowdoin Group. He has 29 years of leadership search experience working with high-growth, VC/PE-backed, and founder-led technology companies. While Mr. Manning specializes in heads of engineering, product strategy, and product management, including CTOs, SVPs of engineering, and CIOs, he has also completed C-level and strategic searches for CFOs, CROs, SVPs global marketing, SVP of HR, and VP sales roles.

Mr. Manning used an example of a CTO search for a large technology company. “The key stakeholders knew the role required both domain experience and deep technical knowledge, but that combination was proving challenging to find,” he said. “After surveying the marketplace, we were able to find candidates with either/or, but finding someone who had both seemed like finding the purple squirrel. After regrouping as a search team, our client suggested we network with someone who had previously been on their customer board who had been at CIO within a client (operating company) and it turned out he was interested in the role.”

Mr. Manning said that the candidate had all the key ingredients they were looking for, but it was unclear whether he could make the transition from CIO to CTO. “So, he was brought into the mix, heavily vetted, compared alongside of the candidates that were being considered for the role, and deemed the best candidate for the job,” said. Mr. Manning. “It was a great outcome, and he’s been able to go on to be wildly successful, but we wouldn’t have even found this candidate had they not considered backgrounds within the broader market to understand what’s out there and realize this individual—even though they didn’t fit the profile—was the right person for the job.”

The Disadvantages of Hiring Someone You Know

Aside from two glaring disadvantages to hiring a referral or in-house candidate, namely the creation of unwanted cliques and a lack of diversity, Mr. Manning said the following additional two disadvantages are more subtle, yet equally important:

How to Avoid the Trap of Choosing Who You Know

“We all want to help our friends,” said Mr. Manning. “While a friend may be the right person for the role, it’s important to validate that in the market.” How do you do that?

Finding the Best Talent Starts with Engaging Candidates
Technology has made job searches easier, but it is only part of what is needed to find the best talent. To get a step up on the competition, businesses must focus on engaging their candidates. In short, there is more to any given prospect than what is listed on their LinkedIn profile. Here’s some fresh insight from IQTalent Partners.

Mr. Manning said: “Great executive search firms approach searches through a number of angles, including activating their peer network to understand who are the thought leaders in the space; identifying who has been successful in similar companies; looking objectively at the cultural differences between our clients and other companies being used in comparison; and researching social channels and internal databases.”

When you rely on just one of these angles, you’ll get misleading information. “What we say is, when you conduct deep research into all of these angles, certain names light up, and they keep lighting up the more you dig into it,” said Mr. Manning. “Start with them.”

Mr. Manning said that too often leaders say, “I’m bringing in my old friend, John, to run sales here,” and that’s the end of the conversation. Whether you decide to use an executive search firm or not, it is imperative someone at the company or better yet an outside objective partner or board member can challenge that perspective.

“Building your leadership team with another company’s leadership team is not what’s best for your company’s growth,” said Mr. Manning. “You need a candidate who complements your existing team’s strengths (and weaknesses), is passionate about helping your company achieve its goals, and has the right experience to outperform the business’s expectations.”

“Whether you hire someone you know or someone you don’t, do your due diligence to determine that they are, in fact, the best person for the job without any personal or professional biases,” he said.