Menu
View our Events
Stay Connected:
Oftentimes, leaders coming from outside their new companies must know when to slow down to gain insights and facts – ultimately helping to accelerate their enterprise’s performance, says a new study by Heidrick & Struggles. The report offers 5 steps leaders can take to fast track results. 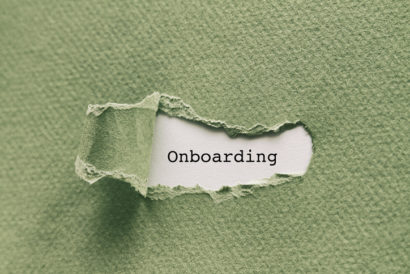 October 15, 2019 – In a business environment constantly disrupted by everything from politics to climate change to technology, boards of directors are increasingly seeking leaders from outside their own executive ranks. Last year, 44 percent of S&P 500 companies that hired a new CEO hired an outsider to meet new challenges. That makes a smooth onboarding process just as important as recruiting. A new report by Heidrick & Struggles’ Sherry Duda and Kaveh Naficy provides five steps for new external CEOs to follow in order to make the onboarding process quick, painless and successful.

“For new CEOs who are seeking to accelerate their own integration and their companies’ performance, a key element of finding the right speed is to understand and proactively manage their own intellectual and emotional reactions throughout their first 100 days,” said Ms. Duda. “Typically, we find these reactions follow a predictable pattern that can present speed traps to momentum. Combining this personal knowledge with clarity on board expectations, and data on the top team and corporate culture, will help incoming CEOs understand when to slow down to gather insights and make fact-based decisions and when and where to execute at pace.”

The Heidrick report said that this approach of going slow to go fast will enable new chief executives to be successful within their new context and accelerate performance at four levels: leading self, leading teams, leading the organization and leading within the ecosystem. Here are Heidrick’s five steps to CEO acceleration:

The characteristics that have served executives well so far won’t always lead to success in a new role, particularly as an external CEO. “Success in any new senior role is dependent upon the ability to navigate the organization’s current context and quickly gain an understanding of roadblocks to performance,” said Mr. Naficy. “This includes understanding one’s own strengths and blind spots.”

For CEOs, the challenge is amplified because, over time, organizations tend to take on the characteristics of their leaders. “We call this the shadow of the leader,” he said. “And it is apparent not just in small, family-owned businesses where the values, habits and biases of the founders are dominant because everyone knows them but also in the largest of organizations, such as Walmart, where Sam Walton built a unique and lasting culture. New CEOs therefore face the tricky challenge of stepping out of their predecessors’ shadow of influence while not alienating the organization as they cast their own shadow.”

“We have found that executives who are unable or unwilling to change certain behaviors, especially when stressful situations arise in their new role, often derail,” said Ms. Duda. “In our experience, they are even likelier to derail when their go-to behaviors clash with the company’s culture or the prior CEO’s shadow. That’s why a heightened self-awareness is crucial for new CEOs.”

“Gaining such self-awareness requires them to slow down, reflect upon and assess their own strengths and weaknesses as applied to the new mission and environment, gain a better understanding of their leadership style and leadership shadow, and take the time to plan how they will accelerate their strengths and close gaps,” she said.

2. Build an effective influence base.

External CEOs are typically brought in to drive transformational change, yet their every move is evaluated and scrutinized for meaning. “To gain credibility and followership, external CEOs need a thoughtful way to learn from select internal and external stakeholders to create shared understanding of the operating situation of the company, the leverage points, and the hidden threats and opportunities, while dealing with legacy challenges immediately,” said Mr. Naficy. “Gaining an understanding of the formal and informal sources of influence within an organization takes time, as new CEOs often have few or no personal connections within the new organization.”

Kaveh Naficy is a partner in Heidrick & Struggles’ New Jersey office and a member of Heidrick Consulting. With more than 20 years of experience in leadership and organizational development, he was a founding partner at Philosophy IB, a boutique management consultancy focused on lifesciences established in 2000 and acquired by Heidrick & Struggles in 2016. Philosophy IB served Fortune 100 companies, focused on helping clients execute their strategies by changing how people work. As leader of Philosophy IB’s coaching practice, he has coached a range of senior executives in consumer products, medical devices, pharmaceuticals, and educational organizations.

“Our experience shows that it is helpful to take the time to systematically map out how decisions are made, who has influence over key decisions and where the sources of power reside,” said Ms. Duda. “This means looking beyond the organizational chart to an organizational network analysis that will offer robust insights into how members of the organization really work together to share information, make decisions and solve problems. Such analysis, which can be undertaken through interviews and diagnostics, should identify the key influencers who are mission-critical to the new strategy, key players who are likely to walk away from the organization, high-potential leaders who will act as catalysts of change, and members of true hubs of the organization below the leadership team.”

With a clear understanding of organizational influencers, the new CEO is ready to go on a listening tour to systematically learn and gain feedback in areas important to the change agenda. These early discussions can be opportunities to gain alignment, build trust, and share messages about the CEO’s personal story and vision for a healthy, high-performing organization. “With information on how the organization really works, new CEOs can meet the challenge of asking the right questions and tell a story that is relevant and engaging to important stakeholders so they feel a part of the new future and can help support and mobilize change,” said Mr. Naficy.

Incoming CEOs typically have high-level alignment with the board and other senior executives on what constitutes success and what the priorities are. These agreements are often phrased very generally, such as “turning around performance” or “driving digital transformation.” But once new CEOs hit the ground, they need a much more detailed understanding of both what success looks like and what to tackle first. “Taking the time to define in detail high-impact business opportunities and those opportunities’ effect on customers, markets, products, systems, structures, and people before moving into action typically increases the speed and effectiveness of the changes CEOs eventually implement,” said Ms. Duda. “And such early success is the beginning of building a positive lasting relationship with the board.”

One key to accelerating success is a work plan that helps executives do exactly that: prioritize competing demands for time, including building trusting relationships with important internal and external stakeholders, developing new skills and capabilities relevant to the new role, managing operational challenges, understanding the strengths and liabilities of the culture, and gathering insights around how to build long-term capabilities that bring competitive advantage.

“Balancing these priorities requires an integration playbook that outlines key areas of accountability and measurable results,” said Ms. Duda. “We find careful management of the first 100 days to be critical to the CEO’s success, as this is when stakes are highest for both the organization and the reputation of the incoming CEO. Trying to drive change too aggressively can result in organizational resistance, which makes future changes more difficult.”

“The 100-day playbook should be grounded in an understanding of the company’s current state and critical priorities,” said Mr. Naficy. “It works best, in our experience, when it is evidence-based and includes a current assessment and calibration of the leader, the leadership team, the culture and the organization’s fitness to drive the change agenda.”

Most often, a new CEO makes changes to the top team. It is worth understanding the dynamics and effectiveness of the new senior team, as Heidrick & Struggles research shows that senior teams are the least likely among all teams to accelerate their ability to mobilize, execute and transform with agility. In fact, in the firm’s study of 3,000 diverse teams at all levels, 12 percent of senior teams were found to be in the bottom quintile of team performance, compared with six percent of teams below the director level that are in the lowest quintile.

Organizations have a lot to gain by mobilizing the senior team quickly. The senior teams with the highest performance on the META performance factors (among the 3,000 teams studied) had, on average, a 22.8 percent higher economic impact than other teams. In other words, they reduced costs more quickly, went to market more effectively, and launched products more smoothly.

Top Practices for Successful Onboarding
Starting a new job is exciting, but it can also be stressful and challenging. Without a formal onboarding process, the toughest parts of the first days, weeks and months at work are amplified – which isn’t good for the employee, or for your business, according to a report by Hudson Global.

“Given the change agenda, new external CEOs need to develop a baseline understanding of the senior team’s performance—both individual and collective skills and the collaborative capabilities needed to achieve the team’s unique purpose—and quickly make decisions on how to bolster the team’s effectiveness,” Ms. Duda said. “One useful way we’ve seen to fast-track mobilization of the senior team is to start with a snapshot of its current performance, along with a leader and team assessment that includes perspectives from key stakeholders.”

Organizational culture is often cited as both a key driver of change and a key barrier to execution. Merging two cultures—or, as in the case of new external CEOs, bringing a new way of working to an organization that often needs significant change—makes the cultural challenge exponentially harder.

“In our experience, everyday patterns of behavior (both cultural strengths and liabilities) have become so ingrained and automatic that they are rarely questioned,” said Mr. Naficy. “For newly placed chief executives, when the cultural fit is off, execution can feel like pulling a car with flat tires up a hill.”

“We call this challenge the ‘jaws of culture’ because dysfunctional cultural habits—such as resistance to change, passive-aggressive behavior and working in silos—can chew up any improvement the new CEO is trying to make,” said Ms. Duda. “This is a key reason why most change efforts struggle; one major study shows that 70 percent of all change efforts fail to achieve their intended objectives.”

Alternatively, when results come faster and easier, healthy, high-performing values and behaviors are alive within the culture. In research with more than 100 top executives, Heidrick found that leading organizations have a set of definable “essential values” that are lived by those organizations, teams, and leaders. These behaviors, such as a can-do attitude, openness to change and personal accountability, exist within all of us when we are at our best. Organizations that invest in their culture reap the rewards of demonstrating these and other winning behaviors more consistently than other organizations.

Given that every company has a mix of cultural strengths and liabilities, it is important that new external CEOs get up to speed quickly on the cultural values, unwritten rules and informal practices for how work gets done in their new organization, including nuances within subcultures of key business units and functions.

“New CEOs will get insights on the culture from the board and others even before they are placed in their role,” said Ms. Duda. “However, supplementing those informal views with an impartial cultural assessment conducted through surveys or wide-ranging interviews and creating a quantitative baseline of business unit and organizational culture will help incoming CEOs fully understand the reality of the current culture and its impact on the change agenda, as well as to track performance improvement over time.”

Check Out These Related Articles On Onboarding: