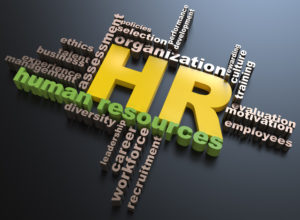 “As we accelerate our business growth, focusing on our human talent is top of mind for me, and we needed a high caliber human resources leader,” said Matt Carter, president and CEO of Aryaka. “Michelle’s record of developing top-notch employee experiences and building an engaged, diverse, inclusive and high-performance work culture is very well aligned with Aryaka’s evolution and aspirations as a top destination for human talent. I am thrilled to welcome her to the executive leadership team.”

“I am excited to join Aryaka and bring my extensive background and skills in HR to the leadership team,” said Ms. Mitchell. “When I first spoke with Aryaka, the company was already named one of Inc. Magazine’s Best Workplaces for 2020. Upon learning more about the company, I was immediately impressed with the culture Aryaka had already established.”

“I look forward to working with Matt and the leadership team to strengthen the company’s values, talent and establish a fun culture during these challenging and unprecedented times,” she said.

Aryaka is a global SaaS solution provider for enterprises. The company’s SD-WAN-as a-Service alters how enterprises connect sites worldwide to business-critical applications to support their digital transformation initiatives. This combines a software-defined, global private network, WAN optimization, application acceleration, multi-cloud connectivity, and visibility in a single solution that is delivered as a service.

CHRO Recruiting in the News

Hunt Scanlon Media has tracked a number of CHRO search assignments over the past month. Here’s a sampling taken from the company’s daily newswire archives:

The Christopher Group (TCG) has been retained by the American Hotel and Lodging Association (AHLA) to lead the organization’s chief human resources officer search. Founder and CEO Thomas Christopher, recruiting manager Kristen Pace and senior operations manager Matthew Duda are leading the assignment. “The Christopher Group is pleased and honored to launch our second chief human resources officer search for a leading national trade association,” said Mr. Christopher. “This is a very dynamic and exciting organization headquartered in Washington, D.C. whose members include 10 of the largest hotel chains in the world.”

Los Angeles-based Shelli Herman and Associates just placed Maurice Wiggins as the first chief human resources officer of the Whitney Museum of American Art in New York City. Shelli Herman, president of the recruitment firm, led the assignment along with her associate, Krista Haley. “With this hire, our client was really looking for someone who put people and culture first,” said Ms. Herman. “The Whitney Museum has a long and robust history of hiring and mentoring great people who are deeply passionate about the work and enormously committed to mission.”