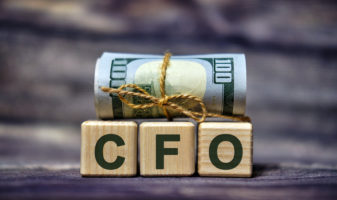 January 28, 2021 – Philadelphia-headquartered executive search firm Howard Fischer Associates has assisted Aria Systems in recruiting Rick Lund as its new CFO. He will assume responsibility for all financial operations and strategy as the billing and monetization company completes a strong year of growth and prepares to continue its momentum heading into 2021. “Rick brings a combination of leadership, technology experience, and corporate finance skills to our company,” said Tom Dibble, president and CEO of Aria Systems. “As we head into next year with optimism and enthusiasm for Aria’s prospects, we are excited to have Rick join our management team as we continue to scale and help more enterprises accelerate their recurring revenue and digital strategies.”

Mr. Lund has over a decade of capital markets and corporate finance experience, as well as extensive leadership capabilities, to Aria. He joins as the company concludes another year marked by strong growth, customer retention and positive cash flow generation, despite the challenging business environment. After working as a software investment banker at JPMorgan Chase, Mr. Lund joined Veeva Systems, a provider of cloud-based software for the global life sciences industry prior to its IPO in 2013. At Veeva, he led investor relations, corporate development and treasury for nearly eight years. Mr. Lund began his career serving as a helicopter pilot in the U.S. Marine Corps for nine years, leading combat missions during two deployments to Iraq. He holds a bachelor’s degree in economics from Duke University and an MBA from the Wharton School of the University of Pennsylvania.

“Aria has established itself as a leader in the SaaS billing industry,” said Mr. Lund. “I am excited to join the company at a time when so many enterprises are introducing subscription-based products and services, requiring the breadth of capabilities that the Aria platform offers. I look forward to applying my experience to help propel Aria to new heights and greater global growth.”

Based in San Francisco, Aria Systems is a cloud-agnostic monetization platform. Customer such as Adobe, Allstate, Comcast, Subaru and Telstra depend on Aria to accelerate time to market and increase flexibility, enabling them to maximize customer value and grow recurring revenue through subscription and usage-based offerings. The company’s investors include Hummer Winblad Venture Partners, InterWest Partners Venrock and Bain Capital Ventures.

Executive search firm Caldwell recently conducted a survey on the CFO role to fine-tune its understanding of the skills and experiences that define success today for a CFO of a PE-backed portfolio company and, equally importantly, which attributes may sound appealing but are not essential. More than 300 private equity CFOs shared candid responses on their backgrounds and how they landed in their current role. The results provided a clearer picture of who sits in the CFO chair at many PE-backed portfolio companies, and the skills and credentials that are truly impactful in their leadership role. 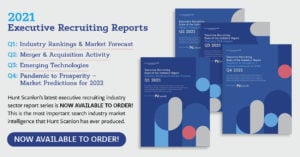 Caldwell also asked the CFOs: “What were the key factors in your hiring?” and asked them to check all relevant factors. Among the total population of participants, the No. 1 factor was industry experience, and the second factor was PE experience. Tied for third were a previous successful exit and a prior role as a stand-alone PE CFO.

Looking at the responses by company revenue size, private equity experience was the first or second response in all revenue categories. Likewise, industry experience was first or second in the four lower revenue categories. Among companies with greater than $500 million revenue, however, private equity experience was the top response, selected by 64 percent of the respondents, while a previous successful exit and experience as a stand-alone PE CFO were each chosen by 48 percent of respondents. Only in this largest revenue category did industry experience drop to the fourth answer, tied with public reporting experience. These responses would seem to reflect that among the largest companies, investors are more likely to be anticipating and hiring for an exit via a public offering.

By comparison, among companies with less than $25 million in revenue, public reporting experience was cited as a hiring factor only eight percent of the time, while a previous successful exit was cited by 17 percent of respondents. Across all revenue categories, the CFO had Big Four experience a quarter of the time, or less.