Menu
View our Events
Stay Connected:
Early talk of a recession and other threats can send companies scurrying for cover. But businesses that assess and reshape their organization & workforce on an ongoing basis are more likely to thrive during a downturn . . . and be more adaptable in the long term, says a new report by Odgers Berndtson. 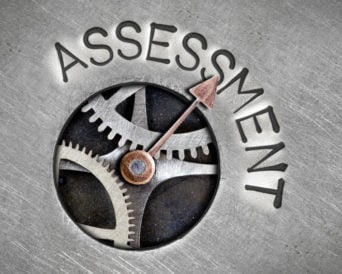 March 9, 2020 – With the recent unemployment rate matching a 50-year low, the current economic expansion is the longest running in U.S. history. But there could be trouble ahead. “Now, new international threats, including risks posed by a global coronavirus pandemic, Brexit and climate change, could knock the economy into a recession,” according to recent report by Odgers Berndtson. “Most agree that a recession will occur and most likely sooner rather than later. In other words, it is a matter of when, not if.”

Many companies respond to a recession by retrenching and scaling back, said the study, co-authored by U.S. leadership practice leader Robert Satterwhite and partner and head of Odgers’ Atlanta office Mats-Ola Bydell. In research published in the Harvard Business Review examining different companies’ responses to three different recessions (1980, 1990, 2000), researchers noted that “firms that cut costs faster and deeper than rivals don’t necessarily flourish. They have the lowest probability—21 percent—of pulling ahead of the competition when times get better.” In contrast, “progressive” companies combine defense (e.g., cost reduction through operational efficiencies) with offense (e.g., selective investments to drive new business) to have “the highest probability—37 percent —of breaking away from the pack.”

A coming recession is certainly not the only threat that companies are facing. Unprecedented levels of change—both in type (e.g., in technology, markets, customers) and speed—can further undermine an organization’s competitiveness, profitability, confidence and overall stability. Odgers Berndtson, for example, is also seeing companies dramatically changing their global manufacturing footprint due to the new and different challenges on trade, changes in costs and supply chain risks, leading to novel management challenges not seen since the years of moving large-scale manufacturing to Asia. Thus, the threat is not only long-term, but also ongoing and perilous.

Companies that assess and reshape their organization and workforce not just now, but on an ongoing basis, will not only thrive during the next downturn but will also be more adaptable over the long term. In this article, Odgers Berndtson described an approach for ensuring that one’s organization responds more resiliently to the challenges that are up close as well as seemingly further away.

A few years ago, the leadership advisory practice at Odgers Berndtson designed a new leadership competency model that emphasized both performance and potential. In the firm’s view, past performance was no longer, in and of itself, a reliable predictor of future performance. As leaders move up or across the organization as well as into new roles, they will be faced with novel and unique challenges.

In Odgers Berndtson’s LeaderFit model, the firm evaluates executives not only on their ability to lead the organization and lead others (performance), but also on their leadership agility (potential): 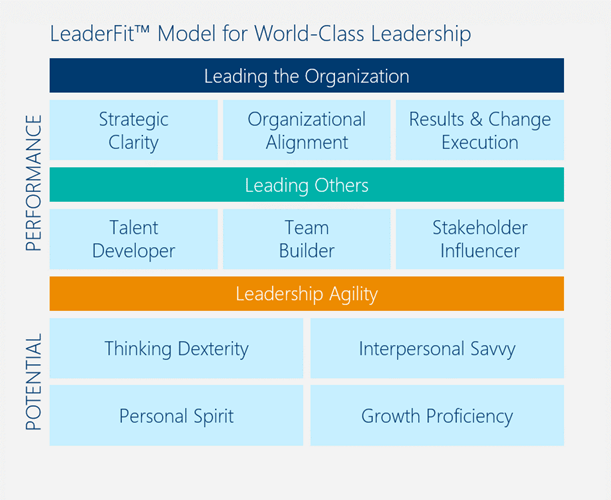 Odgers Berndtson’s methodology provides insights based on a leader’s relevant past performance and experiences as well as his/her potential to respond to, as yet, unknown challenges, ideally with multiple levers at their expense. Using this same framework, but at an aggregate level, the search firm can also understand how balanced or complementary a team is. Research has consistently demonstrated that team diversity, from a variety of different perspectives, including race, gender and problem-solving, leads to better outcomes, said the firm.

“Consider a team whose leader and individual members have been promoted up through the ranks based on their strong past performance without full consideration of the capabilities required for success in bigger, higher impact, more complex roles,” said Mr. Satterwhite. “In working with a global retailer, for example, I saw this in action: Even though the organization needed them to think more strategically and innovatively to address growing threats to their business model, district managers were performing highly tactical activities, such as conducting price checks in the aisles, that had made them successful store managers. Incidentally, these are the same district managers that manage more than $500 million in revenue per year.

“Based on our research as well as experience working with thousands of executives over the last two decades, we believe that organizations must become better prepared for both anticipated and unanticipated shocks, surprises and setbacks,” Mr. Bydell. “Much like our assessment of individual leaders, assessing and developing talent based on performance and potential, at a broad organizational level, can be a powerful way to develop and maintain resilience and adaptability in the face of ongoing, often rapid change.”

To bring its thinking to life, Odgers Berndtson described a case study (below) led by one of the co-authors who was consulting with a high tech and global engineering firm in 2008 just as the world was starting to face the fears, challenges and unknowns of the Great Recession.

A high tech and global engineering company with more than 40,000 employees, the firm was facing a major generation shift as well as the upcoming recession on the heels of strong market growth. According to the divisional CHRO: “The board of directors had instructed the business to grow while maintaining profitability. In addition to organic growth, acquisitions would also be required. The ability of our leaders to handle this was of utmost importance. We needed to strengthen our work to develop our leaders. These were things that did not always work in the traditional arrangement with performance reviews and annual succession planning.”

To be resilient in the face of these threats, Odgers Berndtson facilitated stakeholder interviews with the divisional presidents and their management teams as well as the new CEO and members of the executive team to determine the key business and leadership challenges over the next three to five years. From this analysis, Odgers developed a leadership capability framework for the CEO, vice presidents and directors.

Odgers Berndtson then leveraged a variety of different assessments to methodically evaluate these executives against this framework. Results in hand, the search firm facilitated individual debriefs as well as the creation of personal development plans (PDPs). With the divisional management teams, Odgers Berndtson’s approach evolved into the regular talent review process and reporting; results were aggregated to identify strengths and gaps, which provided an overall leadership development focus for the organization.

3 Ways Assessments Can Go Wrong and How to Get Them Right
With the accelerated pace of change and constant potential for disruption, the costs of getting important leadership decisions wrong – whether for selecting senior leaders, leadership development or succession planning – have never been higher. Despite these risks, many organizations underestimate the importance of a robust assessment process, according to a report by Spencer Stuart.

The outcome of this initiative was a new way of working with performance reviews and succession planning for the entire Group. Overall, Odgers Berndtson’s structured approach to talent assessment and development, which systematically deepened and broadened the organization’s knowledge of its own leadership capabilities, strengths and gaps, better prepared the group to handle the challenges, headwinds and unknowns of the 2008 recession.

Key takeaways – both from this case as well as from Odgers Berndtson’s experience:

Related: Game Changing Assessment Tools Coming to a Recruiter Near You

Investing in talent assessment and development has significant and demonstrable impact on KPIs, including productivity and revenue generation. According to a Harvard Business Review article, the top 20 percent of performers account for 80 percent of organizational output. Moreover, the impact of top performers is magnified as the complexity of the role increases.

According to these researchers, for example, in “highly complex jobs, such as senior leadership roles, the contribution of top performers is more than double that of the average performer.” Their stellar performance also has a powerful and positive effect on his or her team: “By word and deed, they model and teach winning behaviors that shape high-performing cultures. Simply adding a star performer to a team boosts the effectiveness of other team members by five to 15 percent.”